When Unrest Came to Middleton 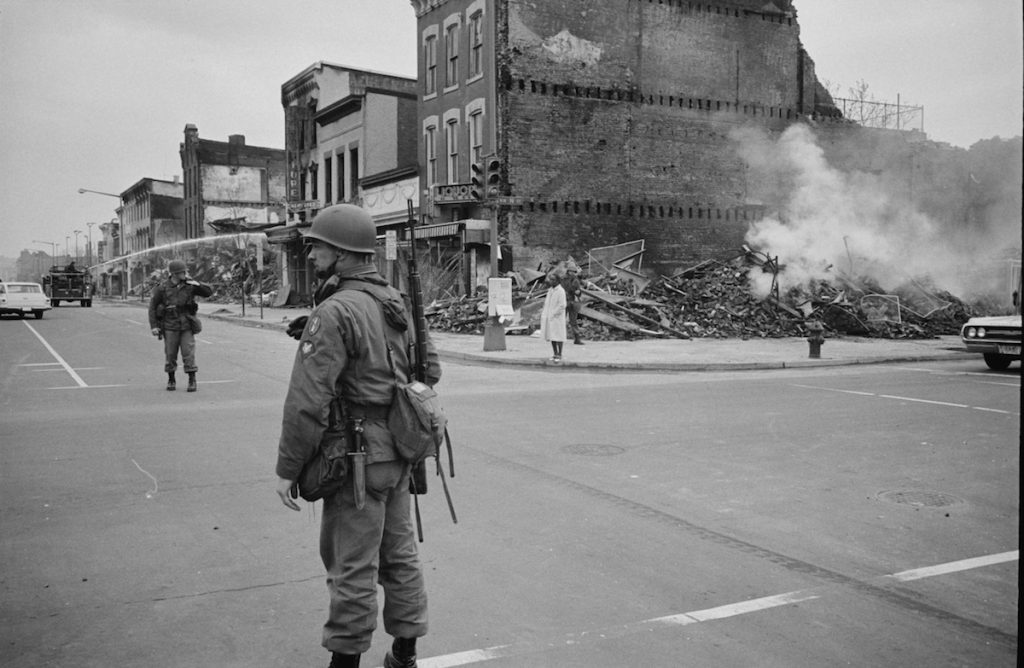 Daniel is a pseudonym and he is 73 years old.

Things were so tense at that point in the 1960s. We opened the fire station doors and there was this group of black men there blocking the exit. They were keeping us from going out on the call and I’ll tell you, we were scared. They weren’t angry at us in particular. They were just really angry and wanted to let whatever it was on fire just go on and burn. Another time there was this false alarm where as soon as the firemen were inside the building, a crowd of 75-100 people surrounded the place. The firefighters at the truck radioed for help. It wasn’t until officers with a dog came that the crowd was dispersed. There were deliberate fires set, too. There was this one time when we were called out to a small structure fire. It was an outbuilding that was burning, but as soon as we got there, the house on the property just exploded. It burned in a way that houses do when the fire is intentionally set. It was timed to go off when we pulled up. We saw this other house where buckets of gasoline were strung up on hooks with fishing line. Only a small fire would be set but once that line would melt, it was bad news.

And here I was this naïve young white guy, not really understanding what was going on. Who knows who set the fires. It doesn’t really matter. Looking back I see it differently. I know better now why people were upset, President Kennedy was gone, Martin Luther King was gone, and Bobby Kennedy, too. We were part of the authority as some people saw it. The unrest from what was happening in the big cities was making its way here and it was bad.

You see, it wasn’t always like this here when we were growing up. We didn’t see any animosity in the neighborhood. I grew up in the working class part of town. It was integrated. In fact, we played baseball together. We never had issues. We were friendly. My dad took us to the dentist on the corner and I never thought about it until later that he was a black dentist. He was just who we went to. . .never even thought about it.

As we got older things changed. Going to the high school you started to see differences. People were acting differently and treating people differently. Different groups would even use different doors. You could feel the tension; see it in people’s eyes.

I remember one day some friends and I, we went to the carnival down the road. It was one of those mobile ones that would go from town to town. We lost track of time and weren’t paying attention to the fact that as white teens, we should have left already. People were nervous that we were there, anxious, upset, deciding what we were doing there still, if they should do something. Things were tense; we knew we shouldn’t have been there that late because it made things complicated for everyone. We just got ourselves out of there as quick as we could and didn’t look back.

You know, you aren’t born even knowing what race is. . .it has to be taught to you. . .someone has to tell you people are different and that difference means something. It don’t mean something unless someone says it means something, and even then it doesn’t really mean anything.

We all were just expected to stay in our own place.I remember there would be these dances in high school where the white kids would have their record hops which were nice and all, but the dances you really wanted to go to were the live music shows in the armory that the black community put on. I was lucky because my folks were involved at the armory, so I got to see all the great acts. Otis Redding, Mary Wells, The Drifters, Jackie Wilson, who was the best singer there was—this was before Michael Jackson—and I got to see him, to see all of them. Everyone should have been able to see them but it wasn’t that way back then. Things needed to change and they did change, but it was rough.

There wasn’t a particular incident that I can point to as the start of it all. We had been isolated, protected from the unrest for a while and I think I know why. What we had then was jobs, and work, and people making a good living, a way to provide for their families. Maybe that’s why it took a while for the unrest to come. But I will tell you, I have seen ugliness, an ugliness that only comes from people when they are really afraid. You see, And people, they become sick in a way, unwell, their mental health declines and they become overwhelmed by it all and get so angry. Though I have wondered, and nobody can answer this for me yet, I have wondered, is it the mental illness that causes the hatred or the hatred that causes the illness?   Hatred can make you crazy, I have seen it. . .I have seen it destroy people. And it doesn’t have to be that way.

You know, you aren’t born even knowing what race is. . .it has to be taught to you. . .someone has to tell you people are different and that difference means something. It don’t mean something unless someone says it means something, and even then it doesn’t really mean anything.

People use it as a reason and as we get older, we need to be careful with our words because the kids are listening, that’s how they learn it. We need to work as a community to teach them. It takes all of us together to make a change. And what people don’t want to hear is that it is expensive to do it right. It takes time and money and people working together. We are all just too busy. When I was a kid, the police, they had time to mentor to get to know the kids in the neighborhood. Neighbors knew each other. We would help each other out. Now, we don’t invest, we don’t take the time. I worry now because I see it starting again. . .the unrest is coming back. It worries me. The Islamaphobia is starting here, it’s like 1967 all over again. People want to hide and not talk about it, but we have to talk about it, you know? We have to keep talking to each other and build relationships and learn from each other and not be ignorant about who we all are because we can’t afford to have that ignorance turn into hatred. It can’t happen that way again.