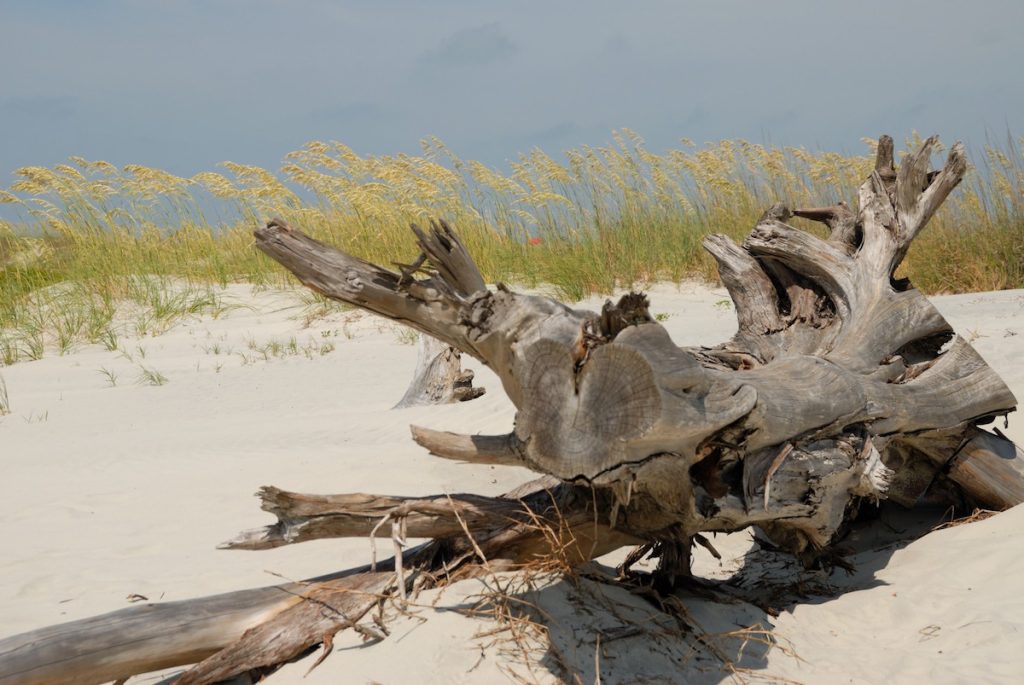 As told to Madelyn DeVore by Carol

I had a very important decision to make. Standing on the lake’s shore, vaguely chilled, I squinted at the fading afternoon sun in consternation, wishing the day would give me more time for me to make my choice. I weighed the two possibilities very carefully. One was risky; if things went wrong, the consequences would be messy. But the safer option meant less freedom.

Sighing, I shuffled my way through the sand and back to my car, both options weighing heavily on my chest. A hefty burden to bear, for sure, but the car was in sight—and once I’d unlocked my trunk, I carefully set down the pieces of driftwood I’d been holding.

As a wood carver, I just wasn’t sure which one would match my next project. The sturdier, nearly-bleached piece seemed the obvious choice, but it was dwarfed by the other: a hulking, knotted thing I’d barely been able to lug around, but suspiciously soft in a few places. The larger one was a risk—if it splintered, I’d have to find a new piece and start from scratch. On the flip side, the smaller one was a sure bet; but what could I really do with that one? A few carving patterns came to mind, but when I looked at the larger one, I had visions of sailors with gnarled hands, cracked and abandoned lighthouses, and perfectly painted mermaids with rough-to-the-touch scales. The risks seemed to pale in comparison to the possibilities. The only question left was whether or not I was willing to take a chance on what I knew I wanted.

I’m no stranger to these kinds of choices. I’ve been retired for six years, so these days it’s a matter of what crafting supplies to choose or which antique to buy, but as a gay woman who’s been out pretty much my whole life, every day is, in a sense, a choice. I choose to live unabashedly; I’ve always trusted that being outgoing and carrying myself well could help me make my way through the world. It certainly helped me throughout my career.  For instance, my knack for woodworking and love for nautical themes were born decades ago, when I ran a waterbed business. I designed them and manufactured them, and I was the only woman at the time to do it. I suppose that made me a trailblazer in a way. It was certainly different from what some people might’ve expected of me, or might’ve expected of any woman. The same thing can be said about my sexuality—I’m in my early seventies, and I’ve never actively tried to hide being gay, even before we in the community had all of today’s words for what we were. While I think my attitude has played a big role in how I’ve been treated, it’s certainly always been a gamble to be out—and to choose who to come out to. In that sense, one of the biggest changes I ever took was twenty years ago.

Over the years I’d gone from a being in the waterbed business to working at a broom company. I was in the maintenance division because I was mechanically inclined, and everyone wanted to come to me instead of the guys for help. But despite the extra work I was doing, I couldn’t get a decent raise, so I quit, took out a loan, put up my house as collateral, and bought a bar. I suppose that would be a risk enough on its own, but I also decided to be upfront with the lady I wanted to buy the bar from about the fact that I was gay. I even let her know I wanted to turn it into a gay bar, and she still chose to sell to me! I took a chance, and it paid off, so I called it Chance’s Bar. I ran it for sixteen years, bringing in all kinds of entertainment, from strippers to singers to comedians, putting my trust in every entertainer to put on a good show for my customers. It was a key club, too, which made me feel safer; I knew who was going to come in, and trusted they would only choose responsible guests to come along. Running a gay bar made me pretty inarguably out and I was comfortable with that; but while my job was my opportunity to be open in my community, I was subtler about it with others, not feeling a burning need to showcase anything. Within my family, for example, we didn’t need to talk about it. Way back in the day, my mother once said knowingly, “Carol’s never going to get married.” To me, that was her way of letting me know she knew, and she was okay with it. With my nine siblings, some know and some don’t—but they all know, really. In my family, I preferred a softer approach to my own sexuality. The bar was a nice contrast to that—and I’ve always been enthralled by the Pride parades and how they’ve grown over the years. Young gay people can be so free and open now; sometimes I don’t think they realize the chances we all were taking back then.

Of course, I thought, smiling down at my driftwood, I took different chances now. I preferred it that way, too. I could just be who I was, and in most ways, it wasn’t a risk at all. I retired and became a junk collector and a crafter. I’ve loved every minute of it. All the chances I took throughout my life led me to Chance’s Bar, and thus to the simpler choices I could make nowadays. I worked hard every day and earned everything I had. I earned the right to take a chance a few years ago, taking up crafting with my sisters and re-learning the feel and smell of wood in my hands. I took a chance last week, in an antique store, looking to add to my collection: I picked up a smooth old piece of carnival glass, the colors shining like the flags at Pride, and I trusted that it will find itself a place in my home. Smiling, I grabbed the smaller piece of driftwood and chucked it back out towards the lake’s shore. I knew that whatever I ended up carving from the chosen piece, it would work out okay. The past taught me I could do anything at all. The world, and its driftwood, was out there for the taking. My job was to want it bad enough. And, of course, to take a chance.