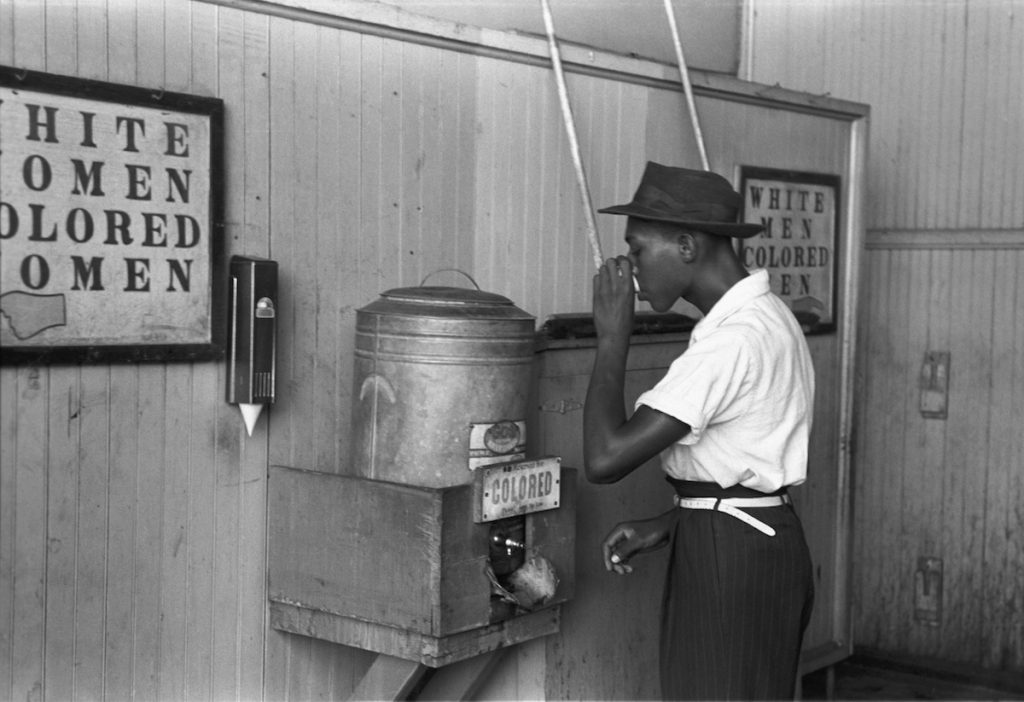 Education is the key to escape the bonds of racism. Both society and individuals must be educated to overcome the destruction of racism.

My parents’ skin color was extremely light and they were college graduates so I did not experience racism to the same degree as many of my friends. But since we were still “Negroes or colored,” terms used back then, we experienced racism every day of our lives-in terms of what schools we went to and the quality and conditions of those schools. We were confined to certain neighborhoods, limited to the same menial jobs and had to follow the same Jim Crow laws.

One of the many unwritten rules we had to follow was to never touch a white person under any circumstances, so when meeting a group of whites on the sidewalk, especially females or young white males determined to make contact and cause problems, it was easier and less threatening to walk in the street to avoid even incidental contact. And when we paid for goods at a store, we would have to lay the money on the counter. If there was change, the clerk would place it on the counter or throw it back. This was true for adults as well as children.

Living conditions in the Jim Crow South meant growing up in white-owned housing. There was no government housing and many blacks lived in rental homes (shacks) that belonged to whites. The community was divided into quarters, and each quarter was named after the white man who owned the houses. However, my parents were teachers and we owned our home, along with a few other families, in the much smaller Independence Quarter.

In the segregated black schools there were never enough books or materials, including text books. All of our text books were second hand books from the white school. Our books were always 5-7 years or longer behind the white students. It was against the law to teach black history. One of our teachers would slip and teach us some black history. Whenever he did this, we couldn’t take notes in order that no record would exist. All books had a space to write the race of the student to whom it was issued. The book cards for black students were in the back of the book. In the space for race we were supposed to write “nigger”. However, we had been instructed to write a capital N, for Negro. However, the white superintendent had been tipped off to this avoidance of writing the N word, and one day the superintendent visited to inspect our books. “What is this ‘N’ here?” He asked the black principal. “What does this ‘N’ stand for?” He then stated, “Give them a pen; I want every one of you to write what that is. I want you to write ‘nigger’ in the back of that book.”

I have never forgotten the look of humiliation on our principal’s face.

Segregation was slow to change. Television helped it along because everyone could now see what black leaders were saying about the brutal conditions in the South. Television was to the civil rights movement what body cams today are to police abuse.

I was on a Trailways bus on the Sunday evening James Meredith entered Ole Miss. I was returning to my home town, Philadelphia MS from Holly Springs, MS, a town about 30 miles from Oxford, where Ole Miss is located, Meredith’s entry was being broadcasted on radio and television, As such many whites were demonstrating throughout all of the little towns in the vicinity, parading in their cars with very large rebel flags waving and horn blowing and supposedly looking for blacks. The bus stopped in New Albany and the driver got out of the bus and locked the door. I didn’t know if I was being “locked in,” or if the angry whites were being locked out. A couple of the fellows approached the driver and said something to him, and I saw him shake his head saying no. I assumed they had asked him if there were any blacks on the bus. I witnessed the driver stating that there was no one on the bus. The driver may have very well saved my life that day. I also realized that he had also put his own life in jeopardy if they had found out he had lied to them.

In 1968 I left Mississippi Valley State College (an Historically Black College) as a chemistry instructor to enter a graduate program in chemistry at a predominantly white university in the south. I was recruited by a white fellow who had just become department chair of the chemistry department. What I didn’t know when I went there was that he was viewed as a Yankee by the faculty in the department, and he was also not a popular choice. One of his goals was to integrate the department, so I became his guinea pig.

In one class we were told to choose lab partners. While all of the white students immediately distanced themselves from me, one fellow, a white undergraduate honor student, agreed to work with me. We completed multiple labs to only get a grade of “C” on each report. When my partner inquired, the professor stated, “You ought to watch your partner as he might be messing up your stuff.” My partner stated, “Charles has not done anything wrong, he is probably helping me.” When my partner expressed concern about the effect this would have on his graduate school aspirations, I told him he had shown me who he was as a person. I told him not to sacrifice himself that the professor was out to get me, so partner with some other guys. His first lab report without me and with a white partner, received an “A.”

He said it took him five years of listening to me to be convinced I was competent. I thought to myself five years is an awful long time to wait on someone to make a mistake.

When I came to Ball State during my first year, when I would leave my class, two of my white colleagues always seemed to be watching me every day. I became suspicious that they were somehow trying to evaluate me. One day two of the white males in the class told me that these two colleagues met them on campus and asked them about me. “Does he appear to know what he is talking about? Is he prepared for class, and does he treat you all fairly? “So the next day I went to class and I intentionally left the door open. About half way through class I walked over to the door and looked out. There they were listening to me teach. So I waved to them, and I said to myself, if they want to hear good teaching continue standing out there. Five years later one of those colleagues admitted to me what he was doing then. So, I asked him what finally convinced him that I was competent. He said it took him five years of listening to me to be convinced I was competent. I thought to myself five years is an awful long time to wait on someone to make a mistake. In that same conversation, he confirmed that he and the other colleague appointed themselves to “observe” me for five years to make sure I was competent. That’s a long time for somebody to be under the microscope.

These days I am very careful before I assign racism to something unfavorable that happens to me. For example, I have two attributes that can also cause people to react to me in disrespectful ways. Those are my age, 74, and I walk with a cane. This is important to me because I can deal with the first two in a rational way, but once I think someone has done something to me because of race, if I am not careful, I can become too emotional and irrational. In my opinion too much emotion can become counterproductive.

I think things are getting better, although it appears to be regressing at times. I think the short view is that we have not improved, but from the long view, we have improved quite a bit. It is difficult for one African-American to answer for all other African-Americans. There were many African-American experiences. Those having become middle class probably get along very well, as life is typically better than those still trapped in levels of poverty. It’s crucial that those who make it into the middle class don’t forget where we came from. As black professionals leave the community, they are less available to help lift and inspire those without academic aspirations and social sensitivities.

When one asks these days if “we” are better off, it definitely makes a difference which African American is being asked.