A Year After Ferguson: Can Stories Save Us? 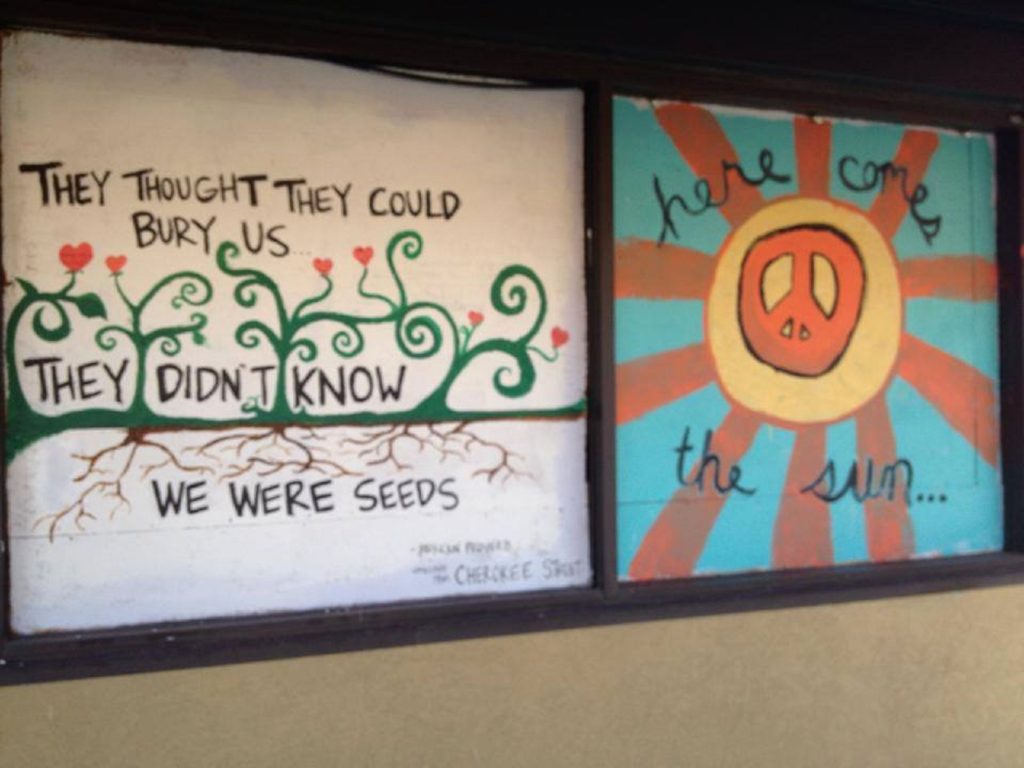 This weekend marks the one-year anniversary of Michael Brown’s death in Ferguson, Missouri. Some days it feels as if the shooting occurred years ago; in another sense, it seems just like yesterday. The events that unfolded over four hours on a Saturday in early August along Canfield Drive set forth a year filled with dialogue, protests, arguments, riots and more dialogue, each building upon the other, to tear apart the fabric and reveal something that’s always been sewn underneath: racism is still alive and well in America.

Regardless of where you stand on the decision handed down in the case, if you believe Officer Wilson was justified in his actions or not, it only takes one scroll through a newsfeed on social media to see our society is severely split on how we view, react, and discuss incidents that involve the police and people of color. And more times than not, lines are drawn in the sand. We begin to make assumptions based on zip codes and names of neighborhoods.

When this happens, we miss out on stories. Stories of survival, stories of perseverance, stories of neighbors in everyday communities. We stop trying to understand across difference and find common ground. We end up not celebrating our individual stories.

We’ve been to Ferguson. It’s definitely one of those everyday, unassuming communities but full of amazing people. While we were there, we met many stories.

There is Cathy who runs Cathy’s Kitchen. During the Ferguson riots, residents built a human fence around her restaurant to protect it from vandalism because she makes some of the best food in town and Cathy’s has always been a place where people meet for a meal and good conversation.

We met Kim, who lives in the apartment that overlooks where Michael Brown was shot. She referred to Michael Brown as “Big Mike,” and she wished the out-of-town reporters would go away so she and her daughters can have some peace in their neighborhood. She sent her kids off to school each morning, despite the national news cameras filming every minute of the day just steps from her front door.

And we were introduced to Scott, the Director of the Ferguson Public Library who sat amidst books piled from floor to ceiling due to recent donations that had come about because of a movement started by writer Ashley Ford. We interviewed Ashley in late-July for Facing Stories, and last November—upset from seeing the riots and worried about refuge for the youth of Ferguson—she took to Twitter to ask her fans and followers to donate to the Ferguson Public Library.

For Ashley, libraries had always served as a safe space during her childhood and she wanted to ensure the same was true for Ferguson. With one tweet and several re-tweets, books poured in overnight from around the world and over a half million dollars in donations fell upon the Ferguson Public Library. Through these donations, the library has been able to expand their youth outreach programs and they’ve hired a full-time Children’s Librarian.

These are stories not being heard when we draw lines in the sand. But how do we use stories like these to connect people and move toward a deeper conversation?

A fine example is occurring in our hometown of Muncie, Indiana. A group of active citizens through R.A.C.E.: Reconciliation Achieved through Community Engagement, the Muncie Public Library, and the local chapter of the Human Rights Commission is using The Facing Project model for Facing Racism in Muncie. Like all other Facing Projects, writers will be partnered with storytellers to capture first-person stories—this time focused on race and racism in Muncie.

In 2016, Muncie will participate in One Book, One Community and use Michelle Alexander’s THE NEW JIM CROW: MASS INCARCERATION IN THE AGE OF COLORBLINDNESS. As a companion piece to Michelle’s book, Facing Racism in Muncie will guide community discussions on racism in 21st century society, the impact it has had on our community, and how we can move forward as one Muncie.

Will we listen? Perhaps if we start with stories, understanding across difference can be achieved. That’s to be determined, but we must try. We must give our stories a try. We owe it to all of the lives senselessly lost, those who are tired of seeing history repeated in the news each day, and to all of us who are tired of lines being drawn in the sand.

If you are interested in being a part of the movement Ashley Ford started with the Ferguson Public Library, you can make a donation through their website.

If you would like to use The Facing Project model to create discussions in your community, take a look at the Get Started page.

Or contact your local library to see what difference you can make in your own community today.