Creating together: A Confession of a reluctant collaborator 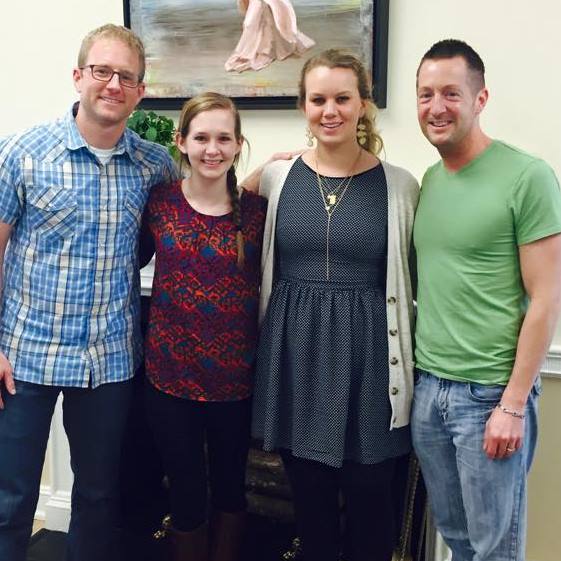 A few years ago I roped a guy who I barely knew into participating in the very first Facing Project as a writer.

Today, he’s the co-founder of the Facing Project, who had the vision to see it was more than just a one-off project; he’s like my brother in that I spend more time with him than about anyone other than Annie and the kids; he’s like my son in that we often take him in to feed him so he’ll eat something other than a frozen dinner; and today he’s a year older.

I’m thankful he was born.

J.R. Jamison and I have avoided dying while navigating the streets of Costa Rica and crossing swinging bridges in a rental car, had the most epic and longest Martin Luther King Day ever that may or may not have ended with us both falling asleep during the midnight showing of Selma, stood on stages across the country pushing each other to share our own stories to help others. Hell, I even signed his marriage license while wearing a turd T-shirt.

Projects have undertaken topics such as homelessness, poverty, racism, and sexual violence. As we’ve helped communities bridge difference and face prejudices and preconceived notions, we’ve had to face our own. J.R. gives me the space to be ignorant and we have open “safe space” conversations about our thoughts and feelings on these topics. These conversations continually help me evolve to better understand others. A great example of this would be my evolution on transgender issues and Caitlyn Jenner.

When J.R. first approached me with the idea that the Facing Project was bigger than Muncie, I had two thoughts:

1) I was in the middle of writing my second book, WHERE AM I EATING, and didn’t have a lot of energy to put towards anything else. I had 12 months to travel to four continents, research, and write the book. I was kind of swamped.

2) I stink at group projects. I never liked them in school. The work seemed to always fall to one or two people. A few years ago I tried a collaboration on a project on the global impacts of the financial crisis and it just didn’t work out.

Instead of just saying “yes” or “no” I told J.R. exactly what my concerns were. He listened. He talked about making a toolkit to help other communities. Since I didn’t really know what that would look like or have the energy to commit to it, we talked and he made it happen. It didn’t take long to realize that this dude was really talented when it came to community engagement, writing, and speaking.

There are very few people in this world who I would share the page or stage with, J.R. is one.

I’ve always done things alone. Traveled alone. Written alone. Ran alone. Hiked alone. Yet here I am partners with another human on a project that perfectly aligns with my mission. Actually after J.R. and I created the mission statement for the Facing Project – connecting people through stories to strengthen communities – I realized that no phrase better captured what I was trying to accomplish with 10 years of writing and traveling.

I’ve found my solo work with WHERE AM I WEARING / EATING to be very rewarding. They’ve changed me and allowed me to reach other people. I plan on continuing this work, but J.R. and the Facing Project have shown me that there is something special about collaborating and engaging other people in the creation of a thing.

Creating and producing connects us and changes us more than consuming what has already been created.

Because J.R. convinced me that Facing was bigger than one project and one person, more than 2,000 writers, actors, storytellers, and volunteers have been engaged in the production of projects.

Our personal experiences and endeavors may change us, but we won’t change the world unless we work together.

Previous Post
2,000 People, Hundreds of Stories, & Many Ways to Get Involved
Next Post
Facing Stories: BuzzFeed and Elle Writer Ashley Ford Discusses All Things Writing, Relationships, and Finding Your Voice