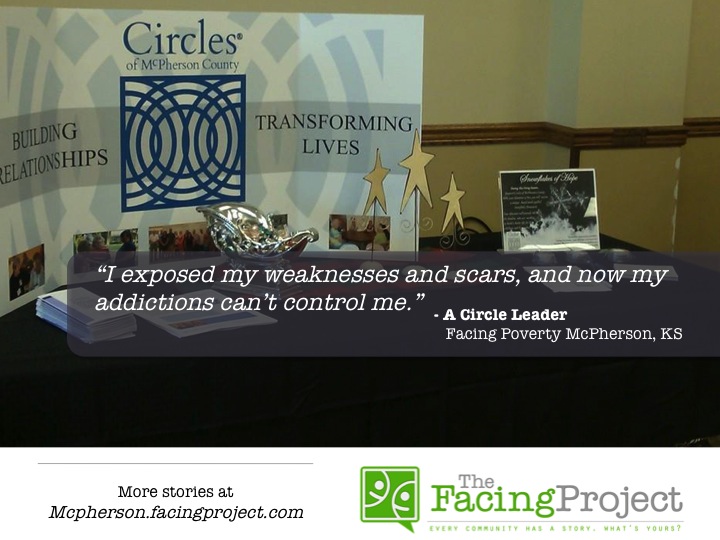 Poverty is the first thing the Facing Project faced.

And for me personally, it was the first local issue I had ever faced. I had traveled around the world collecting stories about global poverty. I had an idea what it was like to be a Bangladeshi garment worker trying to make ends meet, or a slum dweller in Nairobi, but I had no idea what it meant to be living in poverty in my hometown of Muncie, Indiana.

I heard a story on our NPR affiliate, Indiana Public Radio, about TEAMWork for Quality Living’s Circles program, which created intentional friendships between those living in poverty and those who weren’t. I volunteered for the program, and began to see my community in a whole new light.

The closer to home the problems, the more invisible they often are.

The first Facing Project was Facing Poverty in Muncie, Indiana. The project led to a deeper discussion and awareness of what it meant to live in poverty in our hometown, and inspired the creation of The Facing Project as more than just a one-off project.

We’ll always owe Circles. That’s why we’re thrilled that the Circles program in McPherson, Kansas, has just completed their own Facing Poverty project. The stories are filled with bad luck, abuse, homelessness, addiction, teen pregnancy, violence, guns, prostitution, and death. Stories that many of these folks’ neighbors could never imagine.

This week’s featured story is Building Character A Circle Leader’s Story as told to Anne Kirchner from McPherson’s project. You can read the full story here. The excerpt below reminds us of the importance of not allowing stories to own us, but owning our stories.

Why the heck did God let all these horrible things happen to me? I’ve always been told God watches over his children with care and tenderness. If that’s true, then tell me why. Why was I molested by my cousin at age four? Why was I raped and beaten at age five? Why the heck was I molested again at age six and yet again at age fourteen? If God was truly the loving, caring omnipotent one, why would he allow his child to be violated over and over again in such a horrific way? No parent would ever allow something evil to happen to their child. Your parent should be there for you. If God “The Father” really cared about me, my story would never exist . . .

Somehow I was able to share my story. And through the Circles process I learned I must be honest about my past. Henry David Thoreau once wrote, “Be true to your work, your word and your friends.” I live by that. I exposed my weaknesses and scars, and now my addictions can’t control me anymore.

Previous Post
Featured Story of the Week: The Hamburger Guy
Next Post
A journey of a thousand miles has led us to many communities, and now the path leads us to Ferguson, Missouri