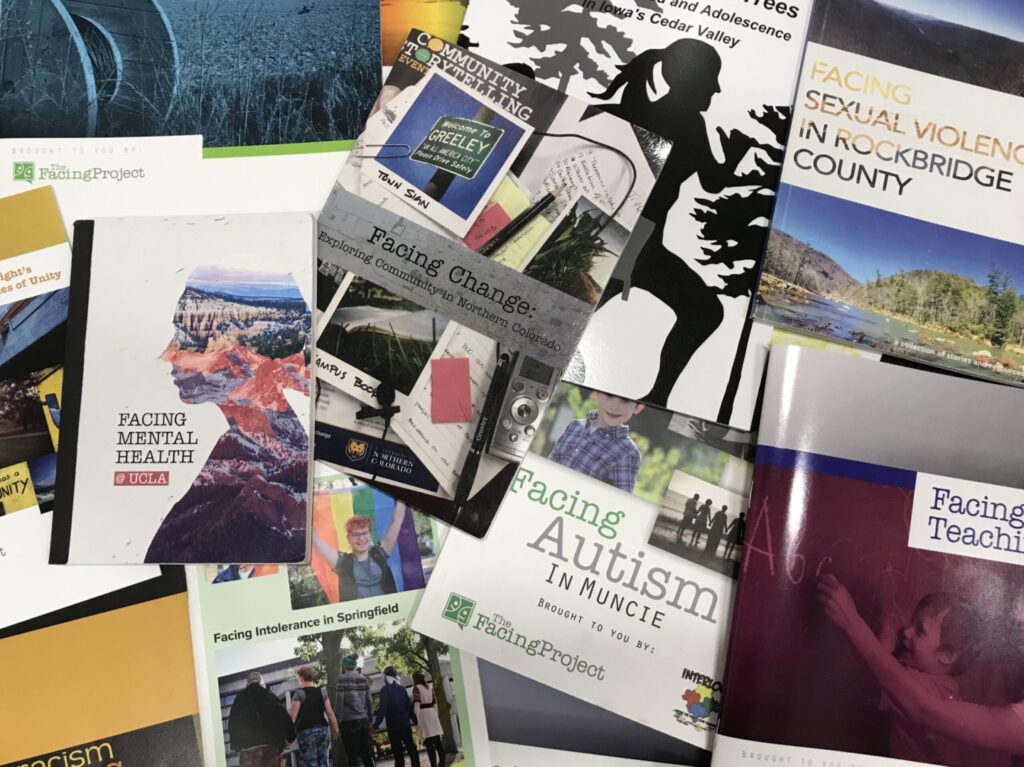 Two titles from The Facing Project Press have received major recognition and awards.

Written by Ball State University students from two Sports Writing and Reporting courses, Facing Social Justice in Sports follows the lives of over 20 athletes, coaches, and sports-media professionals in different stages of their careers — from youth to collegiate to pro — capturing their lived experiences and the defining moments that propelled them to advocate for change. Topics discussed include racism, gender equality, poverty, international student rights, mental health, disability, and LGBTQ+ challenges, where each storyteller invites the reader to see the world through their eyes.

The Facing Project co-founder and president J.R. Jamison’s memoir Hillbilly Queer has won the 2022 Nautilus Book Award for Best Memoir. In addition, the book was shortlisted for the 2022 Indiana Author’s Award in the Debut Category, nominated for the 2022 Dayton Literary Peace Prize, and has been featured in numerous print and web publications including the forthcoming December 27, 2022, edition of Runner’s World magazine.

Hillbilly Queer was published by The Facing Project Press to kickstart the Empathy Prize for Nonfiction, a recognition that will provide publication of memoirs and book-length works of narrative nonfiction that strive to live out the mission of The Facing Project and focus on connecting across differences, current events, and lifting up underrepresented voices, such as those not often heard around race/ethnicity, class, geography/culture, religion/spirituality, sexual orientation, gender identity and expression, and ability.

Facing Social Justice in Sports and Hillbilly Queer can be found through The Facing Project Press’s online bookstore.

Previous Post
Call for Submissions: the 2023 Empathy Prize for Nonfiction
Next Post
The Facing Project Welcomes New Board Leadership for 2023