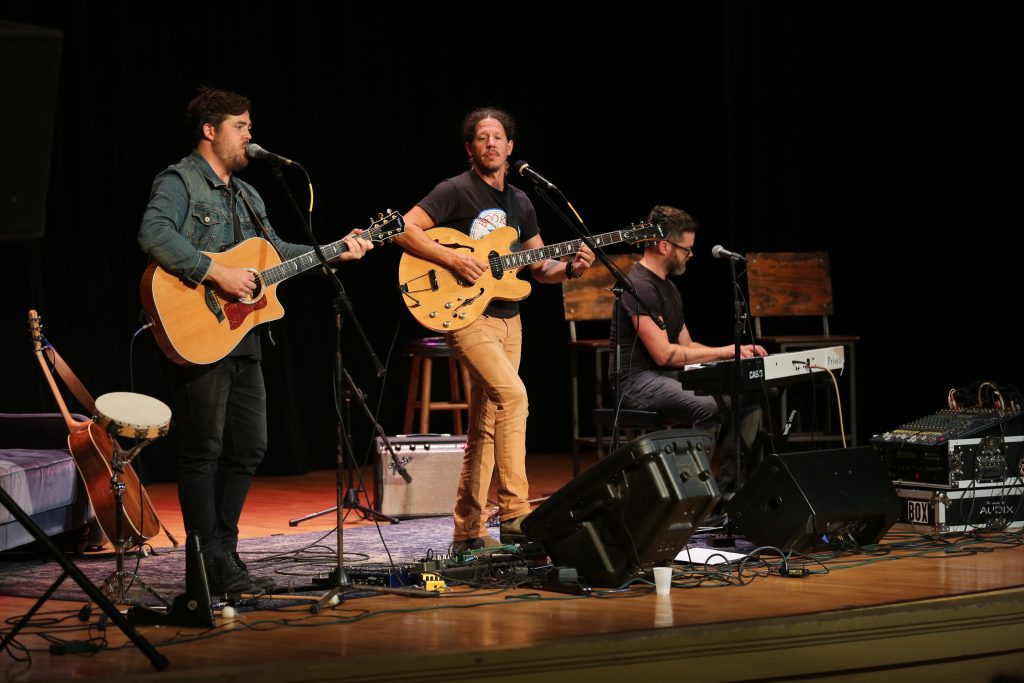 Our Storytellers Concert was a perfect reminder of the power of stories to connect and inspire. If you weren’t there, you missed out, and no post could make up for that. But you can watch a pretty special video from the concert and read the stories that were performed.

“I’m a singer and I’ve always known that I was a singer, but the addiction had silenced the singer within. It was at that moment, singing in a shower in jail, that my walk to freedom began. Singing released the anger I had within. Anger for allowing myself to fall into a place that I knew I did not belong.”

And then, to everyone’s surprise, she welcomed Beth to the stage and Beth was AMAZING! Her performance ended with a standing ovation.

After Carol Bolt’z story was performed, an audience member approached Carol, and they talked for 45 minutes.

Andrea Mann’s story was heartbreaking and hilarious, and I think we all left realizing the strength it takes to be vulnerable. Her story won the audience choice award.

Oh…and, of course, there was the music and stories from Cliff Ritchey, Josh Kaufman, and Dan Deitrich.

If you were there, thanks for coming. If you weren’t, there’s always next year.