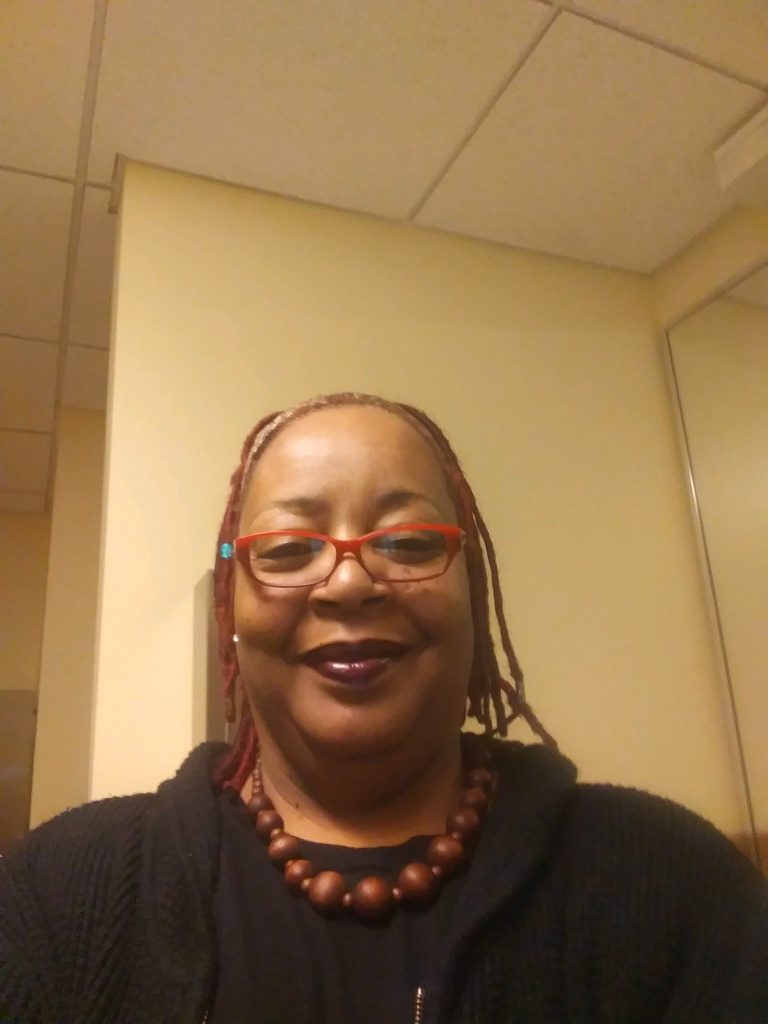 The year was 1991 and I was in my late 20s chronologically speaking, but I was living like a rebellious teenager.  In my mind I was enjoying life, but in reality . . . I was in prison.

Things started out with me simply snorting cocaine, but then it turned to freebasing. My life took on an entirely new look. I had a very good job, except I didn’t want to go to work. I just wanted to get high. But no work, no money, and I couldn’t get high if I didn’t have money. I wanted to enjoy life and do everything, but be responsible.

My parents loved me. My mom was a teacher and my dad was a deacon at the church, so I came from a good family. My mom carried a total of four children of which I was the only one to survive. Often people would tell her that there was something special about me. That I had a purpose to fulfill. As I was in the throws of my rebellion, my mom would tell me that my dad used to have bad dreams and that he would wake up fighting . . . fighting the devil to loosen me from the bounds of addiction. In his sleep he’d be kicking and punching, even falling out of the bed at times because he wanted so bad for me to be free. If only I had wanted the same.

One day, when I was snorting cocaine with a friend, we got caught. We were upstairs in a room that had no windows so we couldn’t escape. The cops came in. We had no way out. I was taken to jail.

Nine months I stayed in jail and spent that time pretty much in silence. The day I was sent away to prison I was in the shower. I opened my mouth and the gift that had been put inside of me came to life. You see, I’m a singer and I’ve always known that I was a singer, but the addiction had silenced the singer within. It was at that moment, singing in a shower in jail, that my walk to freedom began. Singing released the anger I had within. Anger for allowing myself to fall into a place that I knew I did not belong. In spite of where I was, God’s favor was with me; because the petitioning of the courts by my church family and my attorney helped get my prior felony of writing bad checks reduced to a misdemeanor, so my time in jail was reduced.

But in the end it didn’t matter ‘cause while in jail I still struggled with addiction. I married a guy I met while in jail. I actually met him through the prison ventilation system. He would talk to me and, from my jail cell, I would talk back. I’d seen him only twice, but we got married and then four months after being out of jail, I left him. It was back home to my parents’ only to start using drugs all over again. My freedom walk was once again blocked by me.

I’ve always known that every decision has consequences and while out of prison, this was made even more real to me. I made a stupid decision to give a ride to someone that committed a robbery. Terrified as I was, I pushed him out of the car, so we did not get caught that day; but shortly after that I reoffended anyhow. My probation officer knew I was not ready to be out, so he didn’t offer me any help, and I went back to jail.

This time, though, was different. My ears were open to really hearing what God was saying to me. Sometimes you have to be put in a place that all you can do is listen to God. I spent the first year listening. No recreation, no socialization with other prisoners. I stayed in the dorm. I walked and listened to sermon tapes sent from home.

I realized that I had always been in prison. Even when I was “free,” I was really locked up. It wasn’t until I was physically locked up that I began to experience real freedom. One day, looking out the window, I saw a bird land on a razor wire and it did not get cut. I knew that I needed to be like that bird: to fly and land, but only when I was truly ready to let go of my desires and to trust God to help me land where He wanted. I prayed and asked Him that I not be freed from prison until I was truly ready to let go of the things that caused me to be there.

My father died on December 5th, 1995, six months before the date of my release. That was the first time in my life I heard my mother cry. It was then I just knew I was getting out of prison. Everyone was fighting to get me home and the judge okayed an early release. My mom agreed to hold the funeral arrangements until I got out. But then something happened. One of the prison lieutenants mistook me for another prisoner that was trafficking so she called the judge, told him that I should not be freed. Back to my cell. I missed my dad’s funeral.

I had lost something that I could not get back—seeing my dad one last time, and it was in that moment that the prayer that I prayed resurfaced in my mind. That’s when I knew I was ready to be released from prison. It took me a year until I was able to watch the video of his funeral or even visit his grave, but once I did I again began my freedom walk. It was hard, but I was doing it. I found a good job, but as is normal with addicts, I didn’t do the right things. I got caught up in credit card fraud, but God’s favor blessed me to be on house arrest instead of returning to prison.

Music was my saving grace. I always had the spirit of music within and singing simply called to me. It focused me, encouraged me, and gave me hope . . . all the things that my addiction took from me.

I reconnected with a man that I had known for years, and he would eventually become my future husband. Just like me, he was broken, addicted, and in need of deliverance. You know what they say: you attract that which is most like you. We married, and I had a child at 44. We both made an effort to be the parents we weren’t to our previous children.

His addictions resurfaced and so did my anger—anger so strong that we had boxing matches, literally putting our hands on each other. The day he picked up the sweeper and threw it at me, I knew things had to change. I prayed for God’s peace and He gave it. My husband is better and so is our marriage.

Walking the road to freedom has not been easy, but I’ve learned that there are others like me, and that this road has not been mine to walk alone. My experience has been to share with others. See, all of us has something that wants to keep us in prison, but if we search within and ask God for His help, we can find the thing that breaks us free.

I was twice convicted, but now I am forever free.

Beth Leavell-Davis was born in Muncie Indiana and graduated from Ball State University with a degree in Criminal Justice and a minor in Women’s Studies. She also holds a degree from Ivy Tech in Computer Applications and a Doctorate of Hard Knocks from the streets. She is the only surviving child of Irvin (deceased) and Virginia Leavell. Beth is active in community theatre and religious outreach. She has shared her story in prisons and at Ball State’s Women’s Week. She is a singer and a member of Union M.B. Church. Her life’s goal is to help others.

Chandra Ford, originally from Memphis, TN, is no stranger to being in front of audiences. She has performed in multiple productions at Muncie Civic Theatre and has performed at several Facing Project events. Chandra brings an excitement to storytelling that gets her audience involved and feeling as if they can touch the person who the story is about.