Transcending Racism with Culture and Pride 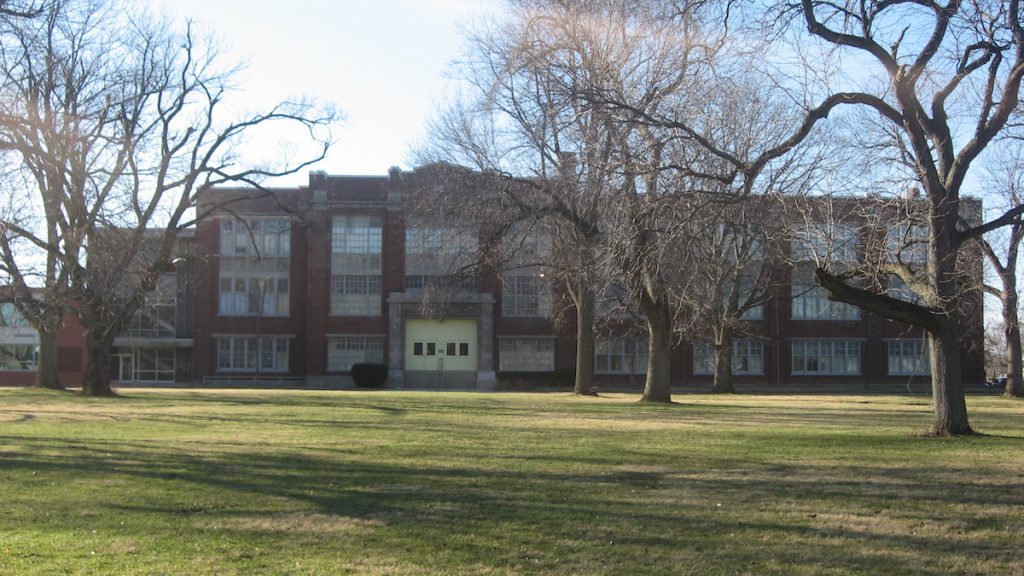 The integration effort in Muncie was for all grades, K-12, starting when I was in eighth grade, in 1971-72. Much of the South had integration before Indiana got on the wagon train. I always say the new South is more Northern, in that we live here in Indiana, in the old South. I transferred from Kuhner Junior High school to Storer Junior High school.

The first year was challenging from an academic standpoint. I went from being ranked 1st in my old school in seventh grade to 25th in eighth grade. Competition was much greater. I readily saw that subjects white students were proficient with were never taught at my seventh grade class. I had to work hard to learn the subject matter. All grading was based on the curve. That was interesting. It made it more difficult for us, because someone would set the bar high. I did not like being 25th out of about 450 students in the eighth grade, not when I was used to being first in Math, Science, and even English.

In my 1st year at Storer, they took 100 kids from my neighborhood and blended in with 1,100 or so white students. We were each paired with a white student to be our guide. They teamed us up according to our curriculum, grade level, and our GPA. My guide was Dwayne Adrian who now is my doctor and godfather to my first child. We developed a friendship that lasted, even until today. We were in all classes together. We competed and ran track together. He was team trainer for our basketball team. We would go out to Pizza King as a group. Dwayne was a drummer in a band and I played piano by ear. We formed a band for school variety shows. In the middle of the song, he and I would sometimes exchange instruments.

We were conscious of the racial divide. Dwayne offered to be my campaign manager when I ran for president of the seventh and eighth grades. My opponent, Phil Isenbarger, was very popular. We had a debate before the entire school. I felt I won the debate. With Dwayne’s help and guidance, I was elected. It was exhilarating.

This elected position was hard work – dealing with issues from the school parties and extracurricular activities to being called to be a speaker on civil rights at the Chamber of Commerce. At this event, I sat next to the person who would become my future boss and mentor, Van P. Smith, Owner of Ontario Corporation, an aerospace company.

We did not have any race riots at school, like on the south side of town during school integration. There were only 100 of us. We weren’t stupid. Being six or seven miles from home, we couldn’t pick a fight and run home. The odds were 11 to one against us.

I seemed to be able to mix with the white students okay. It was probably because I was competitive, academically. That demanded some respect. I was a starter in every sport. In high school, I won state in choir and sang solos. I was also a member of the City/County-Wide barber shop quartet. My mother’s cousin, we called her Aunt Doris, was a teacher in high school. I had her for music, four years in high school. I was in the swing choir, doing singing and choreography. There were maybe two Black teachers at high school and one at middle school. Mr. Damon Moore taught science. He became head of the Teachers Union in Muncie.

I played varsity as a sophomore in High School.

In my Junior and Senior year, the coach made sure I never received recruiting letters from colleges. The way I was recruited was that a guy from an all-white town, Greenville, saw me play. He contacted a coach at IUPUI who then reached out to me, directly. Taylor University also reached out to me. I wanted a Purdue degree so I went to IUPUI.

I graduated on a Saturday and was a supervisor at Ontario Corporation on Monday. I was part of the company’s Co-Op program while attending IUPUI. I worked there for eight years. Smith, the owner, is still in Muncie and highly regarded in the Republican Party.

I drove Van P. Smith’s Winnebago for him and his colleagues to many events. I met Senator Lugar, Dan Quayle and other highly regarded Republicans. Van always introduced me to everyone. I met a lot of politicians that way.

My college professor asked if I would like to test out of all English courses. I had written a paper for my senior year in high school, titled Sexuality of Racism. The white middle-aged high school teacher had given me a D on the paper. It included research on how white men held white women on a pedestal of purity and would go out back to have their way with Black women. I had done a lot of research to substantiate the paper. This was the same paper I used to test out of all required English courses at the university and got an A. I was only in the English class for four weeks.

At IUPUI, I moved to Indy and continued to work for Ontario, located in Muncie. I worked as supervisor in the co-op program that allowed me to apply my learning in the workplace. I developed curriculum for managing engineers.

As a benefit of being on the basketball team, I got a job in the union, at Detroit Diesel Allison at General Motors. By the time I was 21 and graduated from IUPUI, I was Vice President at Borg Warner Corporation.

This may sound strange. Even though I am married to a white woman I am, now, more in tune with blackness than when I was in school.

I believe that I control racial transactions. My conclusion is drawn upon modern day “Jim Crow” functional choices: A function of character. I choose to rise above stereotypes of institutional blackness and thrive spiritually by practicing love.