A House by Themselves 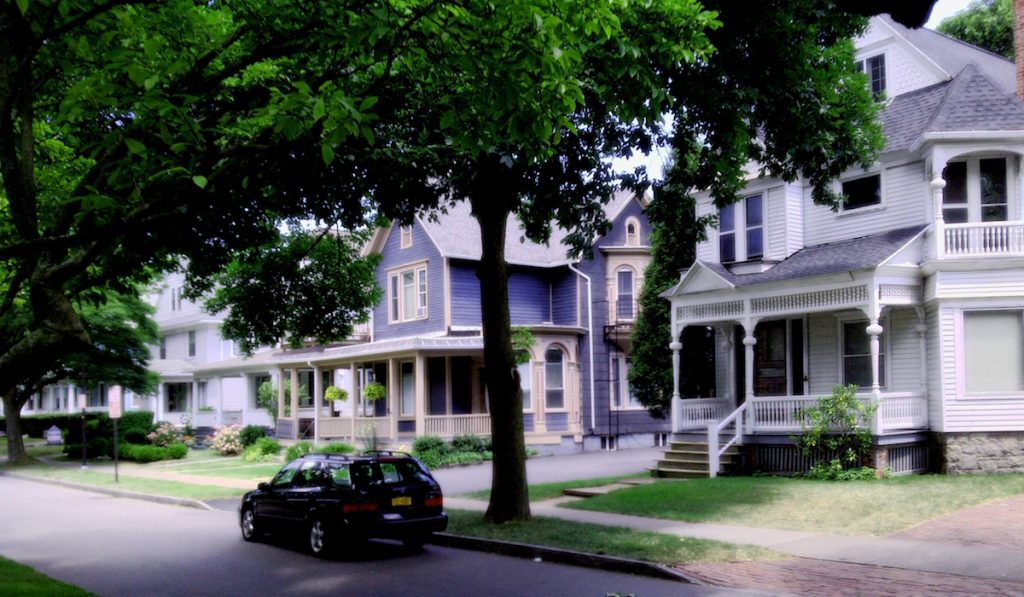 I’ve lived in Greeley for my whole career — came here in 1999 and graduated from the residency program in 2002. I’ve been the sole wage earner my whole career, which wasn’t really the plan, but my husband just hasn’t found his niche. In Greeley, that’s a decent lifestyle, one professional — half income is adequate for us to maintain a lifestyle that is very comfortable for me. And I come from California, where it takes two full professional incomes just to have the comforts of any kind of real estate, so a place where I can keep my dogs, good schools for the kids, and letting them play sports and piano all on a half-income is great. It’s been delightful to be in Greeley for that reason.

I’m at the point where my oldest child is a junior in high school; we’re looking at having her in our home for another year and a half, which is just terrifying because she is my kiddo who has required the most intervention. She wasn’t diagnosed with ADD until third grade; then in sixth grade, we received the full diagnosis of Asperger’s Syndrome, ADHD, oppositional defiant disorder, a verbal tic, and right now I have her in treatment for anxiety. Unfortunately, most of the help we’ve gotten has been from Fort Collins. We drive there for her social skills program even though we have PhD educational psych right here in Greeley.

My middle guy is a state champion level swimmer. He swims year round with the Greeley Loveland Swim Club. They come to Greeley because we have a competition-level pool, but everything else is over in Loveland. We drive over to Loveland three or four times a week for him to swim, so that’s not so good. Again, living in Greeley is tough because we’re far from Loveland, but because we live here and my husband doesn’t have to maintain a full time job, we have the freedom to do that. Greeley has given us that gift of being able to support our swimmer.

And then my little guy, he’s really talented in a lot of ways. He said “I want to play flute,” so I found a flute teacher in Greeley. It turns out she is a Suzuki certified instructor! We went over to her house and started flute lessons. Now Jack is in the middle of book two, and he’s tremendous.

During the time that we have been in Greeley, we have seen a huge improvement in all the things that I selfishly enjoy about my culture: the downtown music scene. It has come along so much! I’ve always wanted to do house concerts, and I’ve just started to be connected with people who organize them. I work hard to try to meet people in Greeley and do stuff here.

I wasn’t planning on just doing private practice family medicine for my whole career. All family doctors treat a lot of anxiety and depression. I maybe treat a little bit more because of my interest. One reason I was interested in psychiatry was that when I was a young adult my brother, who’s my only sibling, became severely mentally ill and was diagnosed with bipolar disorder, bipolar I, and really has schizoaffective disorder. He had his first big manic episode while he was in grad school in California working on his PhD in Electrical Engineering Computer Science and ended up hospitalized for three weeks. He was able to go back to school but never could finish his PhD. He was able to work for a while until 9/11. After 9/11, all the dotcoms shut down and the economy in California really took a dive, so he spent some time on disability. It’s really miserable to be young, depressed and on disability. He did go back to work in 2005, and for a few years, he worked in the Bay Area and was functional.

He died by suicide in 2007. That’s been a big part of my life. Initially, when he got sick and got well again, I was convinced that psychiatry is real: there are real psychiatric illnesses, and psychiatry can take someone who is psychotic, render them able, and send them back to work. It was amazing watching what psychiatry could do for my brother. In the long run, he needed psychiatry.

He also needed other systems in place that we were never able to achieve. A young single male, how do you get him the social support that he needs to be okay? We couldn’t do it for him, but there’s a lot of people who aren’t as sick as he was and who can still benefit from these systems. In Greeley, those systems of care are limited. We don’t have enough psychiatrists. And if you’re on Medicaid, you have to go through North Range, and those docs will see you for five minutes once a month. You get tired of that, and you don’t go if you’re a young single male trying to work.

As a family doc who does psych, it’s been amazing to be able to offer psych services and to be able to diagnose and treat anxiety, depression, and some bipolar disorder — not everybody of course. I get to do well person psych. Whenever a new person is too sick for me to manage, I can say, “I need you to see a psychiatrist,” and I can try to make it happen at that point. Of course, there’s not great access to psychiatry, so I can’t guarantee that they get to see someone.

My brother passed away in June, so my family usually spends that week of June together every year. Two years ago, my dad wrote to tell me that he and my mom were going to be in Spain, so we couldn’t get together during that time. I said, “Oh! Well, you should invite my daughter for a trip with you one time before she leaves home!” They were doing a walking tour of an historic pilgrimage route across northern Spain. Usually pilgrims do it while carrying everything and going from hostel to hostel. The group they were with would drop them off, pick them up, take them to nice hotels, and arrange their meals for them, so it was a lot nicer.

While they were there, I got a phone call from the director of the tour saying, “I don’t know if you realized this, but these people are not competent to travel by themselves. Your dad has become very confused; he can’t remember where we’re going. I have to write everything down for him. This is not okay.” So I’m like “they’re there with my 15-year-old autistic daughter…”

We got them home safely through arranging various kinds of supervision, and my dad went right to his doctors and was diagnosed with Alzheimer’s. He’s a PhD engineer — very smart problem solving kind of a guy, so he recognized that they needed to move to Greeley. That worked well for the first year, but in September, my mom suffered a fall and had a massive acute subdural hematoma. She’s in Gracepoint in recovery, and she is wheelchair bound.

Losing my brother was probably the worst thing that’s happened to me, but having my dad diagnosed with this sent me on an existential freefall such as I have never experienced before. I’ve been glad that they moved to Greeley, and I’ve been glad to spend time with them. But, mixing them with my kids, who are kind of needy and high-stress, never really works well. What can we do? Their apartment is pretty small; our house is pretty chaotic. My conclusion is that we need to buy a seven-person multigenerational house. I’m not sure if that’s the wisest thing. I don’t know. But that’s the only way I can see that I’m not going to be absolutely torn apart.

Previous Post
Behind the Face of Criminal Justice in the Chippewa Valley
Next Post
Cutting Up. Getting Along. Working Together. |