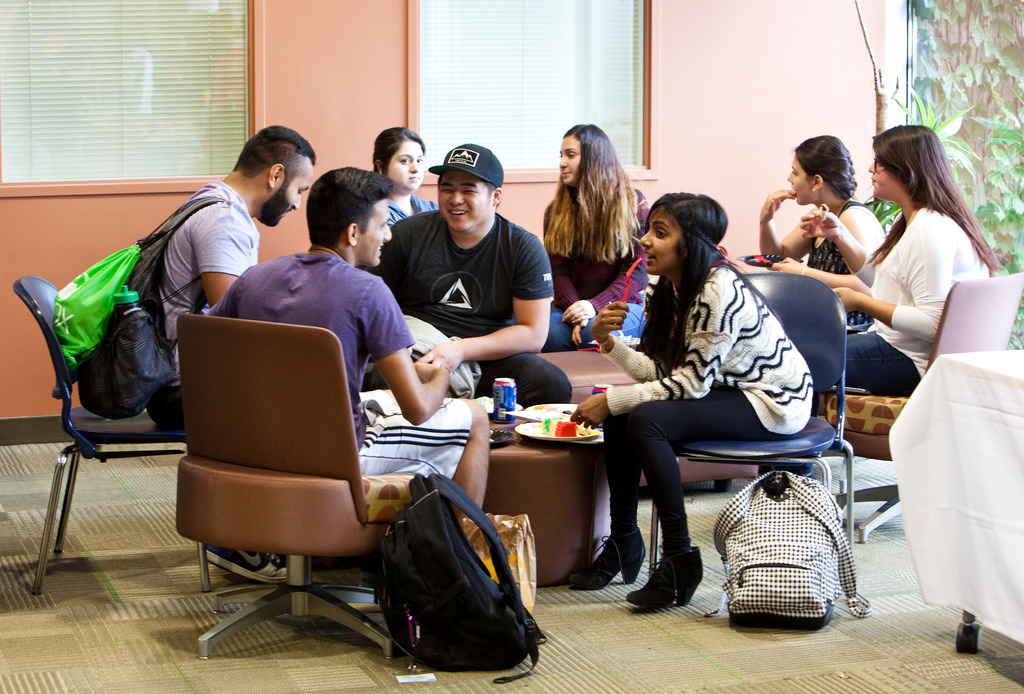 As told to Lauren Instenes by Madelyn Devore

I can’t believe I am about to become a senior at Wittenberg. College has gone by too fast. I can still remember first thinking about coming to Witt. I had always kinda planned to come to Witt; my mother graduated from there in ’09 so I had always been around campus and Springfield. The professors that I had met seemed so open and I was kinda drawn to it because it felt like such a tolerant place. But I think with moving to any new place there is nervousness that goes along with that, and when you happen to be someone who sexuality defines them as being “not normal” that worry feels even greater. That was a really large factor of why I decided to be a commuter. I heard a story of someone at Wittenberg being bullied by their roommate for being gay but wasn’t able to switch out of that hostile living situation. That was probably a long time ago but as a nervous freshman about to enter a new place, I think that was just something I didn’t want to risk.

Wittenberg has proven to be an amazing and accepting place, though. I have loved my advisors and found passions for things I never thought I would. Religion, something I only really had negative experiences with before college, became so interesting to me that I ended up majoring in it. My religion professors have really helped me look at things differently and I appreciate them so much for how they run their classes. I never have to worry about those classes becoming judgey or offensive to someone like me. In fact sometimes they go out of their way to make sure everyone is comfortable and to explain how religious texts can be misinterpreted to be used against the LGBTQ community. Professors doing things like that is what has really made me feel at home on this campus.

I would trust a professor to be tolerant faster than a student, though. Only because students come from all over and have very different backgrounds, and while that is great because it makes us so diverse you never know what types of experiences they have had and how they feel about certain topics. The student population does a great job, I think, at trying to support diversity on this campus. I remember seeing the Unity Week wall the first year and being so happy that things like that were being done on campus to help start conversations about oppression in all forms. When you are even a little bit affected by oppression, whether it is because of your sexuality, race or anything else, it makes a big difference to you when people are taking notice of those issues and trying to do something about it.

It makes a big difference because a lot of times people just don’t realize that small things they do or say can affect how other people feel. One thing I have come to see as really important is calling people by the pronouns that they prefer. It seems like such a small thing but can actually mean a lot to some people. Most heterosexual cisgender people never really have to think about this because they rarely ever get called by the wrong pronoun, but for people of the LGBTQ community it is really important. Last year I tried to implement a couple changes into the Writing Center, where I work on campus, just to try to create a more diversity friendly environment. While everyone who was involved was open to the idea, many people had questions to why things like a place to select your pronoun when you are creating an appointment at the Writing Center was an important change. It was hard to explain to my colleagues that calling someone by the correct pronoun is something that could really affect the relationship you have with the writer you are working with. Everyone is very supportive of this initiative now. We are trying to change the application and other things in the writing center to use more diverse language.

Some of my English professors also have a hard time understanding the importance of this more inclusive language at first. Language can be so fluid and yet sometimes people make the rules of it so rigid, and that makes it very hard sometimes to incorporate diversity. Gender for many people is very complex and therefore using pronouns correctly can also be.

I have used a singular form of “they” many times to describe someone I either didn’t know the gender of or who does not identify with a specific gender and most of the time my English professors will correct that usage saying I should use either  “he or she.” I really think people just need to be more educated on stuff like that. Most of these people would never offend someone on purpose but because they don’t know that something like this matters a lot, they could end up offending people unintentionally.

Unintentionally offending someone can happen in many ways and an assumption is a big one. Sexuality is definitely a more invisible diversity but that also means assumptions are often made that could really upset someone. You can’t just assume people’s genders or sexualities anymore. I can’t tell you how many times I have been asked if I have a boyfriend or anything like that. Or even if I would say I am dating someone people ask, “Oh what is his name?” Well I literally would be unable to answer that question because it wouldn’t be a him. I think we have come a long way in things like this and if people keep bringing up the conversations I think we will continue to progress even further.

But that means we can’t stop bringing it up.

We can’t have apathy or ignore something because we don’t think it is our problem or we are not affected by it. Student orgs can continue to create accepting environments, and classrooms can continue to start hard conversations and we can continue to write articles and make posters to make everyone stop and think about diversity every once  in a while. Because for every person who ignores an article in the Torch or a poster  in Hollenbeck, there will be someone who sees it and feels safer or feels like they have someone to talk to, and that can make a big difference.