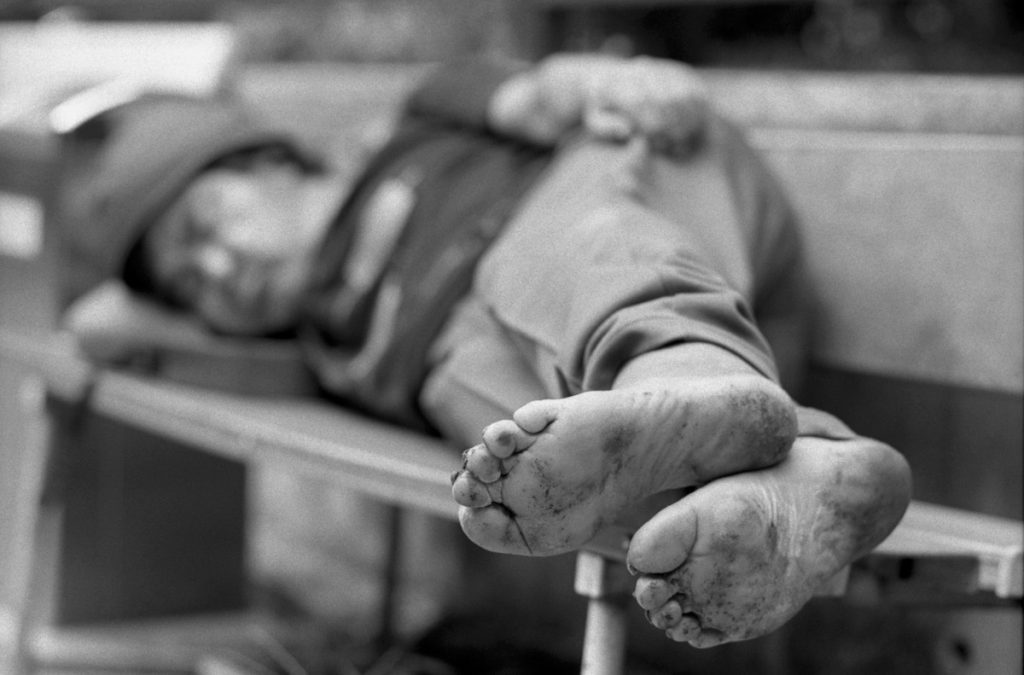 As told to Rachel E. and Nicole B.

My name is Ken Adler. I represent one of the many faces involved with the criminal justice system in the Chippewa area. This is my story.

Growing up, I was always involved in the community. When I was in high school, my mother told me that I didn’t need to get a job, but I needed to be volunteering somewhere. This is where my passion for helping others really began. I involved myself in plenty of community activities, from volunteer work to participation in church events. I knew even then that I wanted to continue being an advocate for my community into adulthood.

I always held a strong interest in pursuing a career in the health field. I attended the University of Minnesota for my undergraduate degree, originally with a pre-med designation. However, when I found myself surrounded by colleagues with same interest, I couldn’t shake the feeling that I didn’t belong. At that point, I decided to major in education studies instead. Following graduation, I made the decision to join the Peace Corps. It felt right at the time and seemed like a way to use my newly acquired education to help others. It was an experience I will forever cherish.

After I came home from the Peace Corps, my time spent in the education field was brief. I quickly burned out and knew this was not where I wanted to be for the rest of my life. I decided to return to college and earned a medical degree at the University of Wisconsin-Madison.

As a doctor, I worked in a variety of places. The experiences that I gained forever changed my perspectives on the criminal justice system in the Chippewa and Eau Claire areas. I worked at the Marshfield Clinic in Eau Claire until about 2006, and I am one of the founding members of the Chippewa Valley Free Clinic. I believe that working as a medical professional and doctor in the Wisconsin Department of Corrections is what opened my eyes to aspects of the area’s criminal justice system.

Going into my job at the correctional facility, I told myself that I had to keep my guard up. I felt that I needed to be strictly professional with the prisoners, because they had the potential to be dangerous people. I am not going to lie: I was scared. I think that the stigma surrounding correctional facilities and those within them took over my thoughts for a brief time. However, my perceptions and actions began to adjust through my experiences.

Being a doctor for inmates, I realized that putting up a guard was not going to work. You have to understand these people to help them. I think many people assume that these people are so much worse than they are. These people have made mistakes, no doubt. They are mistakes that require attention and should not necessarily be overlooked. However, these mistakes don’t define them as people. In many ways, they are just like us. They need to be addressed accordingly. Once you respect them and listen to them, they will do the same for you.

After opening up more with inmates, I came to realize that many of them struggled with mental health problems. Of those problems, addiction stood out to me as the primary problem. Nearly 90 percent of people in the Eau Claire jail are drunk when they are first arrested. Drugs and alcoholism takes over their lives and leads to a downward spiral. Personally, this realization has led me to believe that treatment rather than corrections is the right path for addiction inmates. These people are sick, and they need proper help to ensure that they won’t fall back into bad habits.

Aside from problems within the correctional system itself, life for ex-prisoners seems to be a realm of trouble to me as well. Coming out of jail or prison, these people often have nothing and nowhere to go. Stigma and prejudice make it exceedingly difficult for them to find jobs and housing, and they end up struggling to stay out of the habits that put them in corrections in the first place. Many people end up defaulting on homeless shelters or inns, which are in a constant state of overflow. I have a friend who struggled to find a steady job and place to live for nearly eight months after he was released. People shouldn’t have to struggle that much to return to proper living conditions.

Those problems are what led me to engage in avid volunteer work following my retirement. Currently, I am an organizer for the group known as Positive Out Reach for our Community’s Homeless (PORCH), I helped advocate for the alteration of the hours at Positive Avenues (a homelessness resource center) so that homeless people have a place to go when Sojourner House (a homeless shelter) is closed. Previously, homeless people had nowhere to go on Christmas, and we made sure to change that. I still volunteer at the Free Clinic and help out at Positive Avenues by teaching a cooking class to homeless people. I believe that cooking is a beneficial form of therapy for them, especially considering that homeless citizens rarely receive the luxury of cooking. I know I am retired, but I believe that my age should not stop me in advocating for a happy and healthy community.

While I am proud of the actions and advocacy I have taken, I know that the criminal justice system of the Chippewa Valley still has a long way to go. When I imagine an improved community, my mind goes to three things: adjusting the housing situation, making transportation more accessible, and continuing the fight against homelessness.

Research has shown that having a diverse mix of people from various socioeconomic statuses is most beneficial for a community, especially for the growth and wellbeing of children. Not only do children from poor backgrounds gain access to resources and positive role models, but more affluent children also learn to recognize their privilege. I’ll never forget when my daughter found out that her classmate couldn’t be in band because their family couldn’t afford an instrument. I believe that knowing these inequalities exist has inspired her to go into a helping profession.

I would like to see transportation made more accessible for low-income citizens. Additional bus lines, more flexible times, and cheaper rates could make this happen. Additionally, I’d like to see a grocery store or similar shop back on Water Street. It can be hard for some people to get around and get their necessities, especially when the nearest grocery store is all the way across town.

Lastly, my biggest passion is in seeing the homelessness problem decrease. Currently, we house 65 families a year. I would like to see that number increase to 100. As we are able to help more people, perhaps we will be able to break the cycles of poverty, addiction, and incarceration. I want to see the stigma surrounding low-income citizens and ex-prisoners further diminished. We should not be fearful of inviting these people back into society.

This may seem like quite a bit to work on, but I am confident it can be done. We have seen through Eau Claire’s spending and donations on several community projects, such as the extensive downtown renovations, that we have the means to create change. We just need awareness and continued community support.

I am ready for change. If we all face this change together and advocate for it, I believe that it is possible.

Previous Post
Sink or Swim; in Code
Next Post
To the Boy Who Works at the Café Down the Street