The Evolution of a Small Agricultural Town 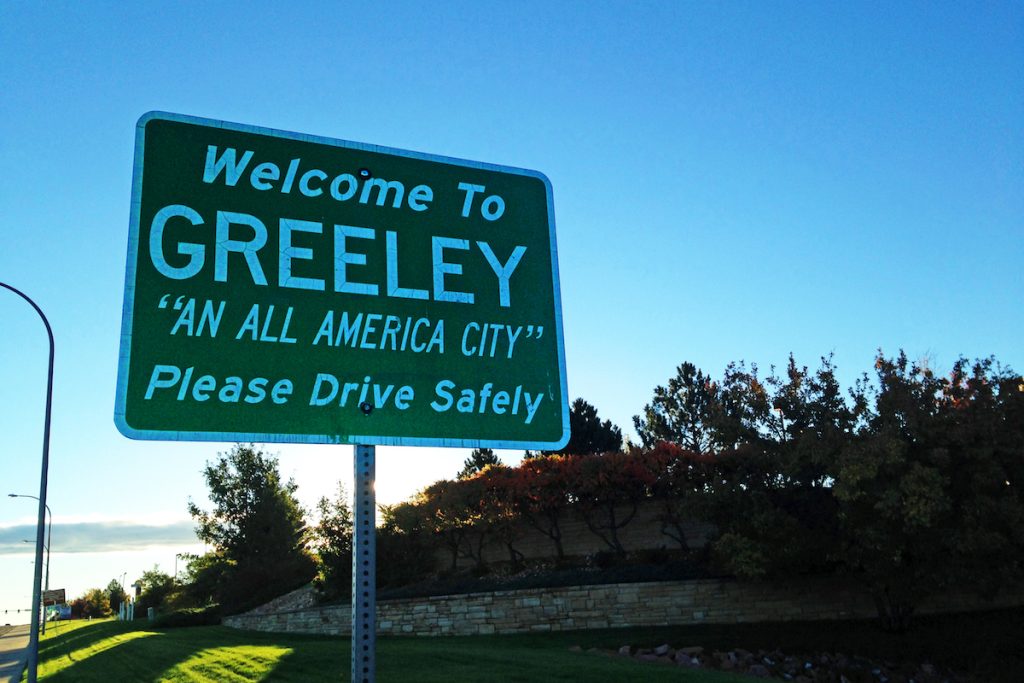 The sheer size of Greeley has really changed. When I was a kid, 35th Avenue was the city limit, and now it’s out by Windsor. As far as a city goes, it’s huge. I think the population has been about eighty thousand for a while now. Of course with students coming in, it grows another ten thousand every year.

Aims, the community college, was just a small deal, out on Fourth Street. Then they moved out here and it started to grow by leaps and bounds. It’s a great college, I got two degrees from there.

The biggest difference between Greeley now and Greeley back when I was younger, was how people made a living; the way of living used ‘old money’, now it has been replaced by ‘new money’. The Monforts and the Farrs were the reasons for the use of ‘old money’, this was the agricultural money that provided a living for the people of Greeley. Have you heard of the JBS meat packing plant out here? Well Monfort has been one of the big beneficiaries at UNC, and he started a meat packing plant a long time ago and Farr supplied the cattle. When I was a kid, if you worked at Monforts’, you were upper-middle class. You were a blue collar worker, you were essentially a butcher, however you made a lot of money.  I never worked there when I was a kid.  The Union came and broke the whole thing up beforehand, and it looked like they ruined a good thing for the workers there. The agricultural money had been in place for a long time until it changed.

When Monfort ran the factory years ago, I was in high school, people were graduating school and getting jobs at Monfort and being real happy about it. I think at the time people started at fifteen bucks an hour, and back then I think minimum wage might have been a dollar twenty, or something. Monfort paid really well.  On top of that, Monfort would let them take as much meat as they wanted home for their families for free. I don’t how it all worked out, but the union ended up coming in. After that, Monfort said, “Well guys, no more free meat. You got to pay for it now”.

One thing that has gone away has been lot of “mom and pop” kind of stores, you know? – Little places downtown. Like we would have a specific shoe store and a fashion bar, or a JC Penny, and a bunch of little stores. All that stuff has now moved out. Now we have Wal-Mart and Target, big market stores.  I guess JC Penny is still around, but it has sort have been taken over by Wal-Mart. In a way, some of those small places have been coming back. But there are still a lot of big companies here.

One of the big stores was Kodak. When Kodak moved in, there were a lot of good paying jobs. Kodak also moved into Windsor and it was a real good place to work.  If you got a job at Kodak, you knew you had insurance and decent pay. The huge factory in Windsor was where they made film for cameras. Now nobody uses that anymore, so they’re almost out of business. I think now they mostly just make x-ray film.

Now, the ‘newer money’ is from marijuana. All of the sudden there were all these new jobs, and everyone wanted to move here. People are flocking to Colorado. I mean, Greeley was always a real conservative city, where they wouldn’t even let people sell liquor until about 1974, or ‘75.  Everything was over in Garden City, roughly around 11th Avenue and the bypass, pretty much everything for the next six blocks, maybe even before Evans.  It’s just a real small area, and it’s noticeable if you’re driving south on 8th avenue, it’s just liquor store after liquor store, bar, bar, bar, more liquor stores and all that.  All the pot growers are down there and all the marijuana stores are down there too. Since that has been the area of vice, Greeley has tried to “keep the vice out of Greeley”. Years ago, I heard tales of brothels being down there and actual tunnels where ‘higher-up’ people from Greeley could sneak up on in there. Pretty crazy stuff!

I guess over the years, I have seen more Latin influence; from individuals to the culture. When I was a kid going to school, there might be one, or two Hispanics, you know. I don’t think I saw my first black person until I was, maybe, twelve.  It was a very white, very conservative town. Now, the culture and the population has really grown. Somali refugees, I think are being taken in too. So you’re seeing a lot more cultural diversity.

But my god, Greeley is really different. It almost looks nothing like the small place that I knew before.  Just everything, the people and the businesses and everything is so different now.  I don’t know if it’s all good, or all bad – I guess we just have to wait and see.