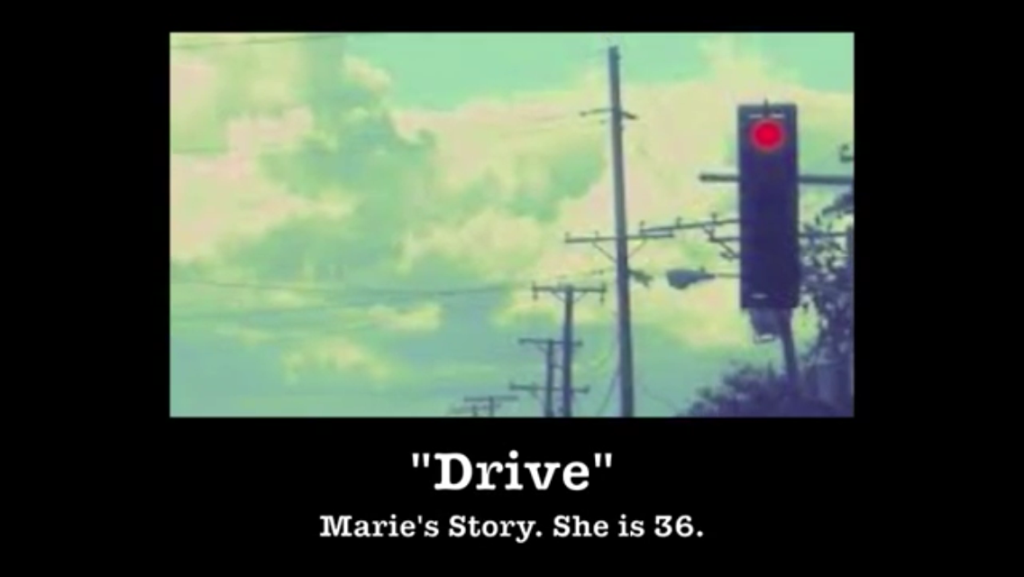 When Kelsey and I brought The Facing Project back to our hometown of Muncie, Indiana, last fall and focused the project on “Facing Autism,” the stories shared definitely hit closer to home—not just geographically, but personally.

For Kelsey, his wife Annie told her story about coming to terms with their son’s diagnosis. For me, I sat down with my next door neighbor’s daughter and told her story of what it was like to have a teenage daughter with autism. While I had lived next to Marie’s parents for eight years and had gotten to know Marie in passing when she’d visit, I didn’t know much about Marie’s daughter or what life is like with a teenager on the spectrum.

As I sat down with Marie, I listened to a story of acceptance and hope. And through writing Marie’s story, I realized her daughter, Leslie, is similar to most teens I know— building a peer group in school, taking the car for a spin, exploring options for college—she just happens to have autism.

When I asked Marie what her biggest fear is for Leslie, she told me:

“She’s supposed to get her license in a year. That worries me. Not just as a parent, but it worries me to think about her behind the wheel of a car. But she wants to drive, and it’s a rite of passage, so I’m still considering the options.”

I think this is how most parents with teenagers feel when the old rite of passage of driving and freedom toward adulthood comes rearing its head. Autism or not, kids grow up and often have the same needs and wants. Marie’s story showed me how brave mothers and fathers—especially those of teenagers on the spectrum—can be. That’s why The Facing Project Featured Story of the Week is “Drive: Marie’s Story.”

Read the full story here, and watch the performance of Marie’s story from the book release and monologue event for “Facing Autism in Muncie, Indiana” below.

Previous Post
Featured Story of the Week: “In America I Trust.”
Next Post
National Attention Reminds Us that Stories Build Community