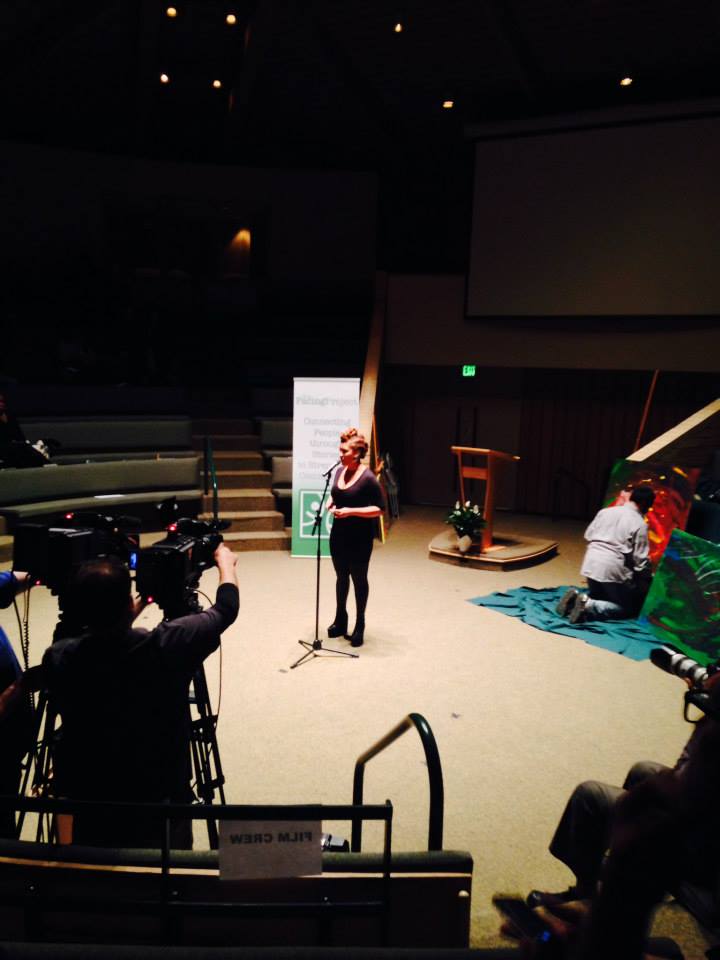 Taking a story someone has lived and translating it into a story you write—as if you were them— is not for the faint of heart. It requires an open mind, impeccable listening skills, and a good amount of empathy. And when the story crafted has a theme of sexual abuse and slavery, it takes a talented writer and artist to take what they’ve heard and write it in such a way to honor the story while raising awareness.

Yewande Austin was able to do just that. As the founder of the Change Rocks Foundation, an international organization that provides a range of programs to empower people through the arts, Yewande has had the opportunity to collaborate with programs in numerous countries in the developing world. She has seen poverty and modern-day slavery.

But when she came onboard as the Artistic Director for “Facing Sex Trafficking: Atlanta’s Dirty Little Secret,” she admitted she wasn’t completely aware of the modern-day slavery happening in her city of Atlanta, Georgia. It was through the research conducted, stories collected, and release of the project that all of Atlanta’s eyes were opened.

Yewande wrote and told the story of Kasey McClure, a woman who suffered years of sexual abuse from her father before she left home and became a stripper at the World Famous Gold Club. It was there that she fell into the trap of the sex industry. Making thousands of dollars a night, Kasey was rising to the top at Gold’s and using the men she encountered as way to cope with the pain. As Yewande captured:

Soaring. Spinning. High….so recklessly. They don’t wanna know me, wife me or hear my dreams, so I just be what they want me to be. But in VIP? You gotta pay me, ‘cause the touching and sucking is no longer free.

But through faith and the birth of her daughter, Sarah, Kasey got the courage to walk away from the sex industry. She formed her own organization, 4Sarah, whose mission is to empower and change the life direction of women and girls who are adult entertainers, prostitutes, escorts, or victims of sexual exploitation by offering a holistic approach as well as an educational, emotional, physical and spiritual support system.

For all of the little girls and boys who have had the courage (and help) to escape the sex industry, and for those who are still trapped and trying to find a way out, this weeks’ featured story is “Daddy’s Little Girl: Kasey’s Story,” as told to Yewande Austin. We hope this story brings understanding and strength.

Listen to the organizers of “Facing Sex Trafficking: Atlanta’s Dirty Little Secret” interviewed on NPR, including a partial reading of Kasey’s story by Yewande.