They Will Always Be My Child 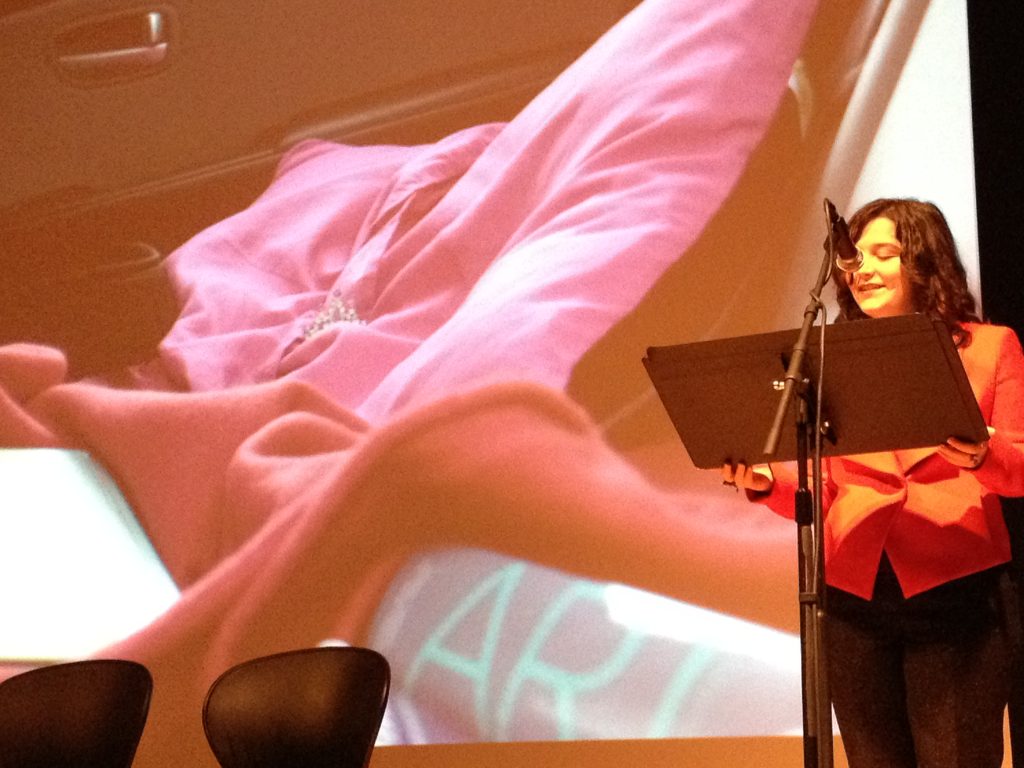 I had C.S. on my mind for quite a while.

In high school, my friend gave me some of his clothes to wear for a film we were shooting. I put them on, walked out, and everyone stared in awe. They could just tell that I felt more confident; I felt good. Before, I knew something was off. I didn’t feel comfortable wearing women’s clothing or presenting feminine. So many of my peers were telling me that, in order to be beautiful, I needed to be more feminine. I struggled for years to understand what I was feeling and why.

They gather their thoughts . . .

I thought of college as a chance to start over, and Spectrum, a university LGBTQ+ student organization, provided that space for me to understand and explore gender identity. That first year, I wrote an auto-ethnography for an English course that was practically a paper where I came out to myself. I wrote about my experience growing up, feeling like I needed to be more feminine but never feeling comfortable when I did. I was beginning to understand that gender was complex and not as simple as a binary system. It was several years later when I fully came out.

At a healthcare event where I was a speaker, I came out publicly as C.S., but I didn’t explain to everyone that I was coming out. I just said, “Hello, my name is C.S.,” and people didn’t question it. Up until that point, I hadn’t come out to anyone in person. I was terrified up on that stage, but after taking that first step I decided to come out through social media, because I figured it would be the easiest way to reach the most amount of people. I’ve come to understand how exhausting it can be to come out and have to explain my gender to everyone. I shouldn’t have to.

This past summer, I started to come out as nonbinary. It’s been a slow process of coming out to every person in my life, and it never truly ends. My partner, Anna, has been there every step of the way to help ease the stress of the process. I started coming out on my social media accounts. Facebook has a feature to change pronouns and so, as another step, I changed my pronouns to they, them, their. Then when I was ready, I changed my name.

With the name change, I was also nervous I was being a burden making other people change their language. This upset me because I knew it wasn’t a burden—that other people should respect my identity—but I couldn’t help feeling this way. People constantly misgender me, even when I have told them that I use they, them, their pronouns. Sometimes I understand: it takes time to change a habit of vocabulary. However, I’m trying to start correcting people when they use the wrong pronouns, because they do need to actively work to change their habits.

I think the luckiest part of my story is that my parents have always been supportive of me coming out. I was so nervous coming out to them, even though I knew they would support me. I think I was nervous because I knew this would be something completely new to them and that it would take some time for them to understand. I was so scared they would say, “We love you and you’ll always be our daughter.” They proved me wrong, though. They told me how beautiful of a person I was and how amazing it’s been to see me grow and become comfortable with myself.

I will always be their child.

C.S. Hendershot is currently finishing their M.A. in Sociology at Ball State University and are actively involved in Muncie Resists, a local progressive organization. They look forward to sharing Facing Pride with friends and family.

Tania Said enjoys community involvement and meeting new people, including through Facing projects and as a result of her work as director of education at the David Owsley Museum of Art at Ball State University.