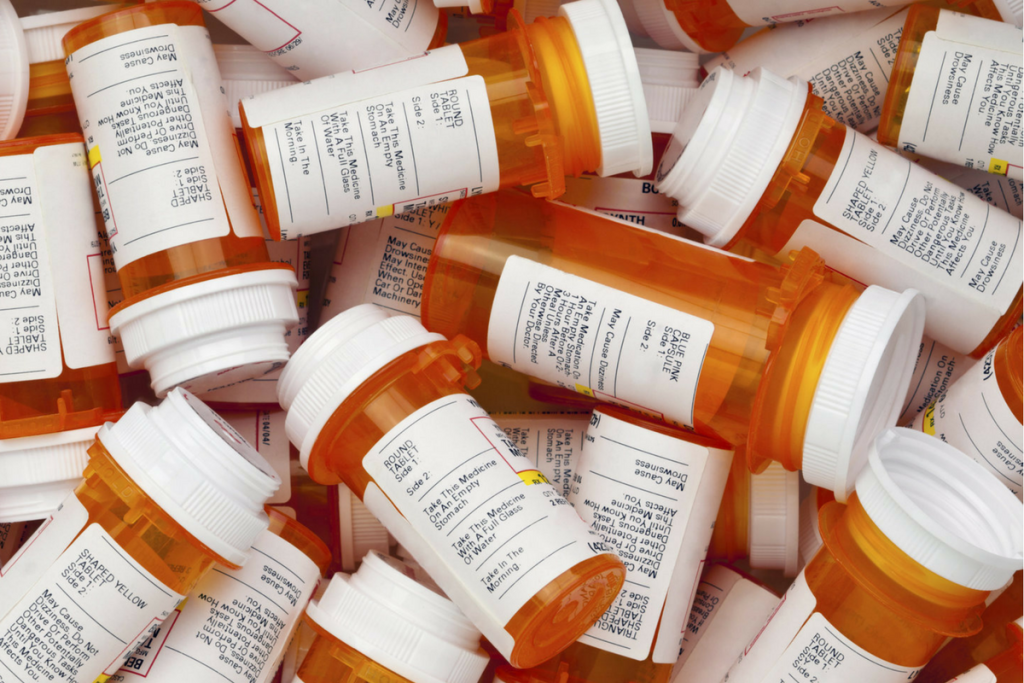 As told to Kelly Sickafoose.

I had a great mom and dad, both pillars of the community with good jobs. I never had a bad life, but I had problems on the inside. I never really felt comfortable in my own skin. At a very young age, I became involved in the drug underworld, starting with marijuana. The first time I tried it, I was on a camping trip with other boys my age . I loved that I could escape and feel good with only a few tokes of a joint. All through school, I was one of the “cool kids” (or so I thought), smoking more and more all of the time. After graduation, I went to school in Ohio. During that time, money got tight and I wanted to party. I got the idea that I could get a pound of marijuana and sell it to college kids. I would have money and plenty to smoke. Life was good.

One day, while making my daily rounds of marijuana sales during my lunch break, a customer had no money but chopped out a line for payment. I saw white powder so I assumed it was powder cocaine. I accepted it, and as the powder hit the back of my throat, a bitter rush hit me. I looked at him and asked what I just put up my nose. “Heroin,” he replied with a smile. “You are about to go for the ride of your life.”

I never thought I could get addicted to a drug the first time I used it, despite what they’d told us in health class in high school. But they were right. I was a heroin addict as soon as I felt it the very first time. It took ingesting just one line, and I was euphoric. This was the start of a world of pain and sorrow, of unhappiness and grief, a path to self-destruction.

Because I was near Dayton, which is a major drop-off point for heroin in this region, I would drive there every day with a friend to buy it. Heroin was cheap and high quality. All of my weed profits were being spent on my new-found love. I would buy the heroin, sell part of it for profit, and snort the rest. Eventually, I was selling less and snorting more. When it got to the point that I was out of money, jobless, and homeless, I came back to Decatur to regroup.

In Decatur, prescription drug use had become popular , especially Oxycodone and Fentanyl. I suggested to a close friend that we travel back and forth between Dayton and Decatur to buy heroin, sell some, and do ours for free. We drove that path once or twice a day. I never gave a second thought about trafficking heroin across state lines. I now had to have the heroin just to function, not even to get high.

I then started shooting liquid morphine that I got from a cancer patient. I injected the morphine into my veins instead of into a muscle to get a bigger high. I had always been afraid of needles, but not anymore. One time, I overdosed and laid in a parking lot for three hours until I came to. I thought it was the best feeling in the world!

Funds, resources, and drugs ran out again. One day when I was working, the withdrawal symptoms started. I was sweating and freezing at the same time. Later, my hands were shaking uncontrollably. My legs began to kick uncontrollably. I had rug burns all over my body from the bed sheets. There was vomiting, diarrhea, everything at once.

I admitted myself into rehab. I will never forget my grandfather’s reaction to me being there. He was my best friend, and I have many childhood memories with him of hunting, fishing, and loving me. He stood there, helpless, crying to see his grandson as a junkie. It broke my heart and his. It was then I knew I hadn’t just destroyed my life, but my family’s as well.

I slowly got back to normal, or so I thought. But I wasn’t normal. Anxiety and depression soon set in.

After the first “kick,” it became a regular occurrence that I would get high and then get clean. I figured that’s just what junkies did. Finally, I had enough. I went to the methadone clinic and cleaned up. But slowly, the cravings for heroin returned. I dreamed about heroin. My brain wanted it. I chased the next high like it was the love of my life. Oxycontin became my drug of choice. Again I was dealing; selling some and using most. Someone tipped off law enforcement. When they found me, I thought I was running from the officer. In reality, I was so high that I just turned and stumbled a bit, got knees in my back and sides, and was arrested.

For the next few years, I was in and out of jail, in and out of treatment, and went to a halfway house. I lost my house and everything I owned. I knew I had a problem. I took methadone every day for 3 ½ years. I thought I was doing great. I was working and productive. But methadone got expensive at $13 a day for me and $13 for my girlfriend, who was trying to kick her addiction too. One day, I was out trying to make a buck to support our family. I dug through garbage piles looking for scrap metal to pay for my daily dose of methadone. I was arrested again, this time for felony theft. It was a nightmare kicking methadone cold turkey in jail. I wasn’t right for about six months and thought about suicide a lot.

I finally got a decent job with a company that was willing to hire felons. Most employers aren’t willing to give felons a chance; there is too much liability and drama with ex-cons. Unfortunately, there was a heroin dealer at work. I knew that if I even gave into temptation once, I would be back into the abyss of addiction. After a bad night at work, I gave in to the guy, but one cap wasn’t enough. I would cash my paycheck and hand it straight to my dealer. Due to too many accidents at work, I got fired again. I fell back into depression.

About a year and a half ago, I got a bad batch of heroin. It was laced with Fentanyl. I overdosed right there in my parents’ bathroom. My four-year-old son found me blue with a syringe still in my hand. My father then found me lying on the tile floor, gasping for air. I heard them say, “Give him more Narcan.” I can’t imagine what my son thought of all this. The doctors used the paddles to bring me back.

Once I was stabilized, I sat in jail for months. I was charged with possession of a narcotic drug and neglect of a dependent. I was bound for prison.

By the grace of the good Lord, I was accepted into Drug Court. My life has changed. I want to be a part of my family. I want to have a job to support my kids and be there for them. Drug Court probably saved my life. Now I’m able to deal with my issues. I know that when the world is ugly, I don’t have to turn to drugs to survive. Drugs destroy lives.