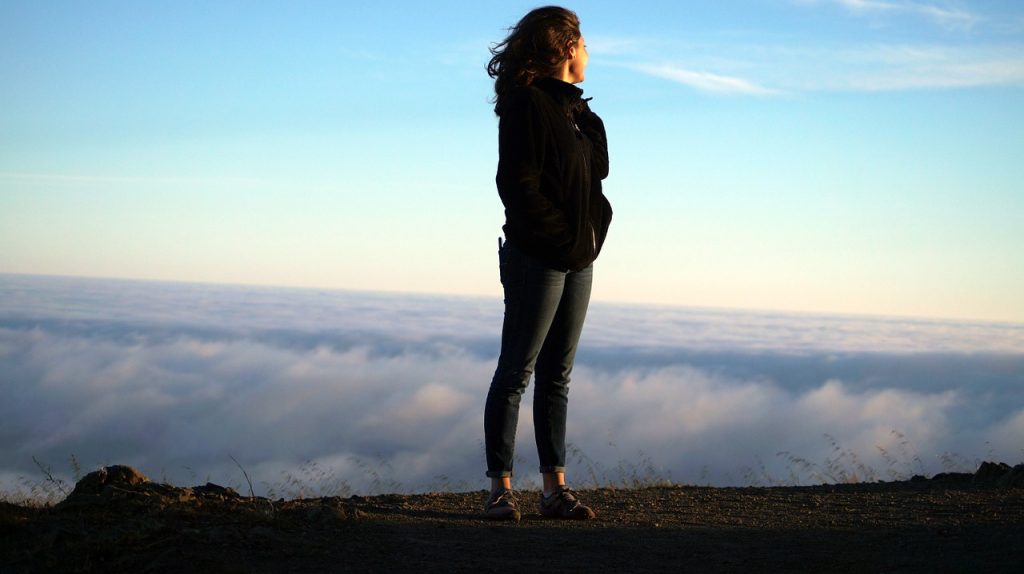 I was born in Baltimore, Maryland, to Ashok Inamdar, who had immigrated from India as a thirty-year-old man to pursue an engineering degree, and Kathleen, who was of Czechoslovakian descent. My parents had met in a hospital in Youngstown, Ohio, where my father was working in a blood lab, while attending engineering school, and my mother as a registered nurse. Getting married in 1974 was complicated because my mother was Roman Catholic and my father was a Hindu. The Roman Catholic Church in which she had grown up refused to marry them until they had proof from India that my father had no other wives. Therefore, they first got married in front of Justice of Peace and later in the Catholic Church.

Neither of my parents impressed their cultural identity upon me or my brother. In his great desire to become a true American and to pursue the American Dream, my father did not want to teach me his language or his culture or tell many stories about his upbringing or his Indian family. Except for having a few Indian friends and liking Indian foods, he suppressed his Indian identity. When we got together with Indian friends and a few family members, I was excluded because I could not understand that language. My mother also did not stress her national heritage much, other than special foods for holidays and special occasions and the Roman Catholic religion.

My cultural identity crisis began already when I was yet a small child. People would stare at me with my dark hair, dark skin, and dark eyes, wondering how I could possibly be my blue-eyed, light-skinned mother’s child, noting that my six-year-younger brother had inherited her features. Some would even ask me whether I belonged to my mom.

The issue of my cultural identity continued to be problematical during my school time. My father’s job as chemical engineer required us to move frequently, each move necessitating a new integration into a school, where others attempted to classify me. In one place with a large Hispanic and African-American population, I was more accepted but assumed to be either of Hispanic origin or half black. When others would discover that my outer appearance features were from my Indian background, they would classify me as a model minority, assuming I was of superior intelligence and the child of a medical doctor. To be a faux Indian or a faux Czech was not satisfactory.

My sense of unease with my identity continued into my years as a college student, studying Spanish and Japanese. One evening in 1996, when my father drove me back to my apartment we talked about my dreams to get a Masters and a Ph.D., a love for education that I shared with him. I had always admired his love for learning that had led him to leave his family in hope of better opportunities in the United States. We talked about my desire to go to Spain to get an authentic language experience. That evening we had a very special moment, I call it “God’s timing,” in which he came to understand my yearning to come to terms with who I was. We made plans to travel to India to visit his family, a trip he had only taken once since he had left.

This promise and my hopes were dashed when I learned two days later that my father had suddenly died of a heart attack. That might have been the end of my journey of self-discovery if it had not been for three fortuitous events that converged in 2013.

The first was a contact from a cousin in India, the son of my father’s only sister, who contacted me on Facebook and welcomed me to the family and invited me to visit. The second was my new friendship with an Indian mother of a little boy. I felt a certain kinship with her, and she invited me to be her companion on a trip to India for her sister’s wedding. The final opportunity was through my job as a director of education at Indiana Wesleyan. The University had a relationship with two Indian schools in Pune, both—though unofficially—Christian. The schools had requested training for the teachers and administrators. My all-American husband immediately understood that this was an opportunity I could not refuse.

This trip to India was going to confirm my racial and cultural identity for me.

Everywhere I went I was not seen as an outsider. I was family at my friend’s sister’s wedding in Punjab before I even met my own family. The highlight of my stay was with my father’s family in his home in Ahmedabad, Gujarat, home also to Gandhi. One male cousin and one female cousin became my interpreters and my guides to my Indian family, their way of life and especially to recreating a memory of my father as a child and young man, from his birth as a conjoined twin, whose sibling died shortly after birth, to his being considered the wisest and most handsome of all of his childhood friends.

I met my father’s brother who had been offered the opportunity to go to the United States first, but who recognized the superior intelligence of my father and insisted that my father go in his stead because he would have wasted his life if he had stayed in India working in insurance.

I learned that my father’s only sister, now deceased, was, like me, a teacher and lover of world languages who taught English and Hindi in a Gujarati school.

I learned that my great-aunt gave my father a nickname for his red cheeks, the same trait I am known for having.

When I was offered to try a new Indian dish, I found out I asked for his favorite dish. I smelled the fragrant Indian roses my father had tried to tell me about. I saw photo albums with a picture of my father on his last day in India at the wedding of his brother. I saw faces and heard voices that reminded me of my father.

I was a sister, a daughter, and an aunt, not a first or second cousin.

Since my return from India, I know who I am and to whom I belong. I am no longer restless in search of my cultural identity. My mother who had known of my struggle is pleased for me as well. My husband who has been very supportive of my journey is also very happy with my new sense of myself.

It does not matter that I do not speak any of the Indian languages and that I am not an expert Indian cook. I am in touch with my family in India and have joined S.A.M.A., The South Asia Muncie Association, where I have found another home I belong to. I have embraced that I have different traits from my mother, my brother or my own children. I have come to know my cultural identity and that it is from within, originating in heart connections, and it can be further developed, rather than static and focused on outer appearances and differences.