You Can Only Go So Far With Optimism 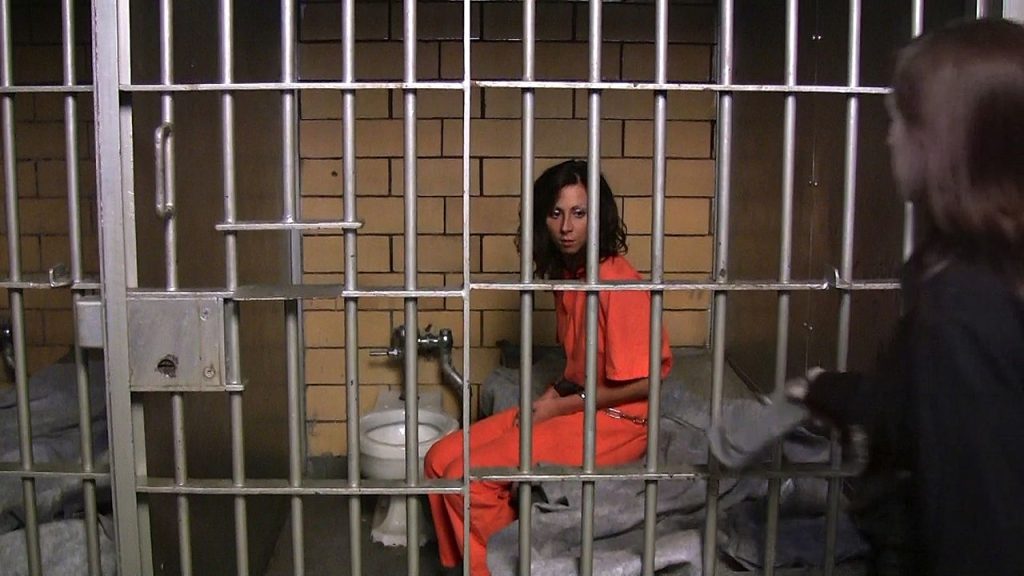 As told to Rodrigo M. Jr. and Allison W.

Second chances are hard to come by nowadays. The world forgets that people make dumb mistakes as we live our lives. We should be able to turn around safely back on the right path and not be punished for making the wrong turn in the first place. My wrong turn started in Kentucky and took me back to Eau Claire.

Born and raised in Eau Claire, I was sick of living with my father, so I left and moved in with my mother in Kentucky. However, the past came back, and for me it came back as a charge for identity theft and possession of a stolen vehicle back in Eau Claire. When the police arrived, I was taken into jail for three months in Kentucky awaiting to be returned to Eau Claire where I got the charge. Once the van came to take me back to Eau Claire, we were on the road, but I wasn’t the only one being taken back to another state. Six other guys were forced to be taken back to other states, and I was the only female felon.

The ride to Eau Claire felt longer than two days. It was non-stop except for bathroom breaks and to stop for food. However, if they didn’t feel generous they wouldn’t stop for one of our three meals of the day. Since showering was never an option, everyone’s hygiene went to shit. There was nowhere to sleep except where you were sitting. As the ride dragged on, the others were dropped off throughout the east of the country. I was the last one to get off in Eau Claire where I was sent to jail for two months due to my charges.

We take for granted the lessons we learn as kids when it comes to keeping healthy relationships, dealing with anger, and keeping a positive attitude. Because I was an addict at the age of 12, I forgot these lessons until AIM (Alternative to Incarcerated Mothers). I agreed to do the classes that AIM offered me, which helped me relearn the skills I forgot as a child I was released from jail with two years’ probation on January 28th, 2015.  Once leaving, I had nowhere to go or stay.

I left jail with only the clothes on my back, which were meant for 80-degree weather in Kentucky. Shortly after, I found the Bolton Refuge House here in Eau Claire and was taken in by them. My focus was mainly on my kids. I had three at the time and they were all taken away once I got into jail and charged. I wouldn’t have a chance to get my kids back from my sister and mother in Kentucky until I could prove that I could hold a job and a home. Being a felon with an identity theft charge, I couldn’t work anywhere near money which took out cashiering, telemarketing, and serving jobs as an option. I stayed at city housing until I got kicked out on Jan 31st due to me not having any kids back.

A friend saved me and I stayed with her for 6 months as I slowly got back on my feet. Leaving her house, I went with my significant other at the time, who was the father of my newest baby boy, for a while. I left once I found out he was an asshole to me, and not a good influence to my baby. Once I left, I was lucky enough to find a house soon after.

From there, my luck turned around. I have been living in the house I’m at now for almost two months, my daughter has been back with me for a while, I’m in the process of getting one of my sons back, and I have two seasonal jobs to keep income coming in. My children mean the world to me. I have made mistakes in my life, but I have changed my ways, mentality, and attitude to better myself and the ones that matter the most to me in my life: my beautiful children.

The road of a felon isn’t an easy one. I was offered a deal by DAGP to get my record cleared and not be labeled as a felon anymore. Little did I know, they told me that I needed to pay a fine of $200 when I went to apply to take the deal. I didn’t have the money at the time of the offer, and I didn’t have anyone that would be willing to lend me it. Because of that, I’m labeled as a felon for the rest of my life, for 200 fucking dollars.

Since then, I’ve been involved with the community as much as possible to spread awareness that felons deserve to be treated like citizens. Being a part of Ex-Po has helped me talk to people that have gone through similar experiences to support each other. AA, anger classes, healthy relationship classes, and the poverty summit meetings are some of the things I’m involved in to keep this attitude that I’ve worked for.

Ex-Prisoners deserve to be shown the road back to society. Though I am not perfect, I have taken many steps to better myself and make sure my kids are taken care of and have a positive future even if Mommy made bad choices when she was younger. My attitude has gotten me farther than some ex-prisoners, but it will only take me so far without the help of others. This is my story.

Read the original story on the University of Wisconsin Eau-Claire