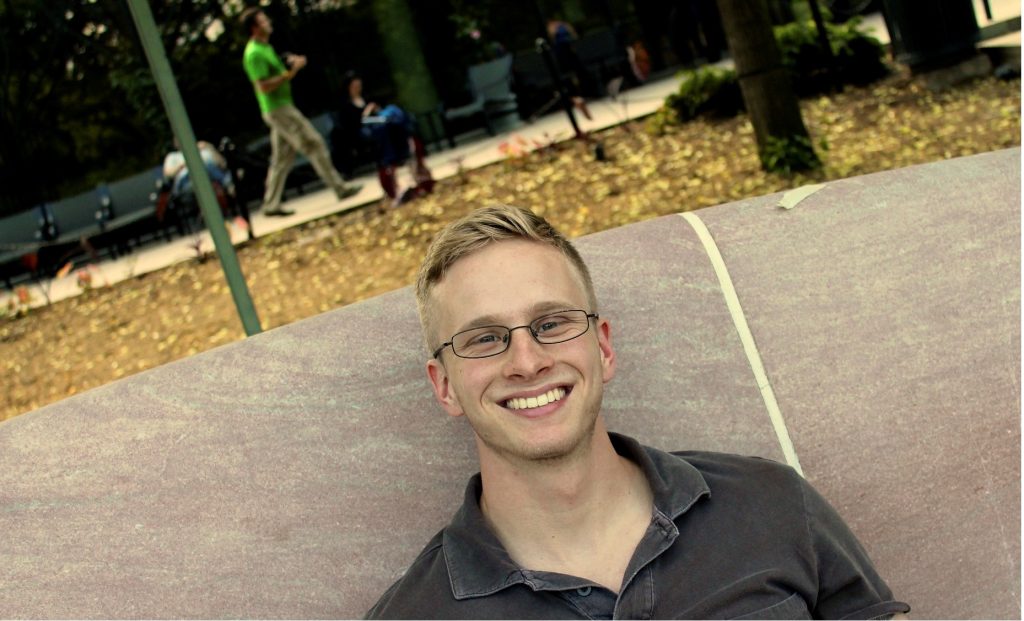 As retold by Haley Burnett

In 2007, I graduated high school. Honestly, I am not sure how I managed to graduate because I had no motivation. I knew what I wanted to do after high school, but the in-betweens did not matter to me. I never knew that I could make something of myself by attending college and getting a degree. In my head, I thought I could do a job in my home country of Saudi Arabia and make enough money to support myself. However, I realized that was not the case.

After I graduated in 2007, I started working with a company. We built temporary structures on the outside of buildings. They were made out of wooden planks and metal poles. These were used by workers while they were building, repairing, or cleaning other buildings. The labor was by no means easy. There were times that I was fifty stories high in the air working on whatever project I was given. My mother would tell me to quit working there because it was dangerous. Yet, I never listened.

I was working on a project with a good friend of mine and our manager came over and asked who completed it. I explained to him that it was my friend and I who did it. He took our names down and said we would become supervisors after our training was over because we did our tasks well. However, that was not the case. The position was given to the manager’s favorite worker, his own friend. This is the moment I realized that I have had enough and this is not the job I want to spend my life doing. I turned to my friend with a smirk on my face and said, “let’s get our visas and go to America.” He did not believe me when I first said this to him. This would be the start of something great.

We both applied for our visas. In the meantime, we would work and save up enough money to get us by once we arrive in America. My friend got accepted before I did and he left to start his journey. However, this did not set me back, rather my motivation increased. I stayed back until I was accepted and I continued to save up more money. I sold my car shortly before I got accepted. My car sold for $15,000. I thought I had enough saved to start a life in America now.

I packed my belongings and said my goodbyes to my family. I knew they were upset, but, I also knew they supported my decision completely. I spoke with my cousin in Denver, Colorado. He agreed to let me stay with him and learn English at the Language Center until I was capable of taking the test to pass and get into college.

The first step was getting on the plane. It was a little nerve-wracking. Once I landed in Washington, I waited for four hours at the airport until my next flight to Denver was ready. This flight was even more nerve-wracking. Here I was, on a plane with people who spoke a foreign language to me, English. Everyone was speaking so fast and I had no clue as to what they were saying. My initial thought was that they were saying something mean about me. I ignored the people around me and was so happy to have landed in Denver. I got into the airport and saw my cousin waiting for me. Finally, someone who could speak my native language! We spent the day touring Denver. Tomorrow would start my next journey, learning the English language.

I started at the Language Center in Denver, Colorado. I felt as if I would never learn the language because it was so difficult. I started falling behind. It wasn’t until someone told me a valuable tip that I realized I could do it. The tip was, “Don’t be shy, speak English. We all make mistakes. Even if it’s our native language, we still mess up sometimes.” Learning this language was the hardest part about my journey.

Seven months passed and I thought I was ready to head to college at the University of Michigan in Ann Arbor to take my test. My cousin needed a ride to Ohio for his job and he asked me to take him. I figured I could head straight to Ann Arbor to take my test after I dropped him off. Once I arrived to Ann Arbor, I scheduled a day to take my test. I felt like I was so ready for this. I took the test and got my results back. I did not pass. My motivation was slowly slipping away from me. I knew I needed to take more classes in order to pass.

I got an offer at Oakland University. I could take more classes to prepare for my final test. After a few classes and a lot of hard work, I finally felt prepared enough to take it again. By this time, I was running out of money and needed to get a scholarship for college, fast. I was determined, I had made it this far already, nothing would stop me from pursuing my dream.

I took the test and got my results back, I passed! I could finally start turning applications in to nearby colleges. I turned a few in and got accepted to Mott Community College. Unfortunately, I did not get a scholarship, I had to pay out of pocket. I was running out of money. If anything was going to stop me from chasing my dreams, it would be due to having no money to pay for classes. My dad knew something was up, so he asked me what was wrong and I explained that I would have to come back home because I could not afford any more classes. He told me not to worry, everything would be okay. I listened to him. He started helping me pay for everything. I cannot thank him enough, without him, I would not be in America pursuing my dream.

After I took the amount of credits I needed in order to transfer, I filled out a scholarship for U of M Flint and it was granted. I currently attend U of M Flint, and I couldn’t be more excited to see where life takes me. Through this experience I now have my own tip to share with others. Never underestimate yourself, and your potential. You will get far in life if you believe in yourself.

This story originally appeared in Facing College: Immigrant & International Students’ Stories, a publication of The Facing Project that was organized by Mott Community College in Flint, Michigan.