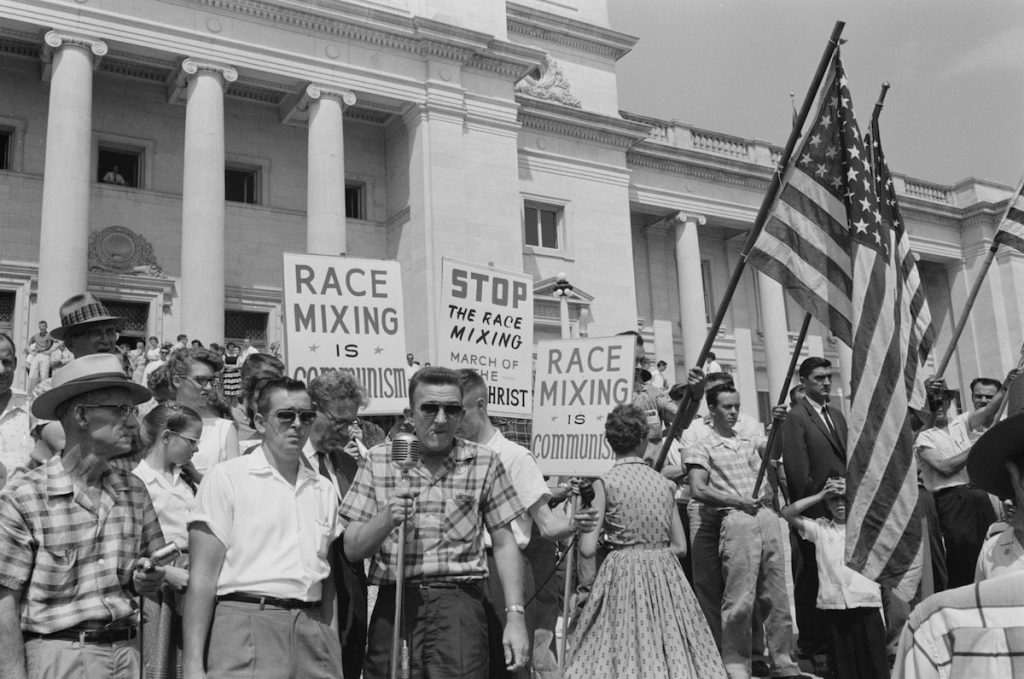 There were black people and there were white people. As a child I didn’t really have a thought either way about race or racism. Looking back, I’ve only been able to speculate why; why the white family my father worked for sent Christmas presents to us, why I had to stay in the kitchen when I came along to help my parents cater white people’s parties, why my brother the valedictorian of his class had to take second place to the white student in a speech and debate competition he had won, why I had to be one of the first black students to integrate the Charlottesville High School, why my skin color mattered, why my skin color was the “bad” skin color?

I was the youngest of four. My oldest siblings went to all black schools. By the time I came around, the Supreme Courts decision to enforce school integration meant that in Charlottesville, Virginia, whites would passively comply by sending a few guinea pigs into the white high school. The top ten black elementary students were asked to go to the white school. Two families opted out thinking the added pressure would negatively effect their children. My father left the decision in my hands with a simple, “I think you’ll get a better education.” So I said, “Ok, I’ll do it”.

He believed that white schools would prepare me better, and in many ways he was right. The white schools had better facilities and better books. Single exposed light bulbs had dimly lit the halls of my elementary school where we used hand-me-down books that were tattered and outdated. Separate but equal was anything but equal. But I didn’t know just how much courage I was going to have to come up with. For my dad, fear was not an option. That stoicism that he had, that’s what I tried to portray. Though I didn’t feel it all the time, I thought: “I can be strong, I can handle this, and I can handle it especially if you say I can handle it.”

I didn’t realize just how hard it would be, and, the truth is, my first year of high school was the hardest thing I’ve ever done.

The fall of 1961 was the start of my mission so to speak. I kind of felt like this is what I have to do in life, and that is, in some way, try to make a difference in how I’m perceived. Not only me but all black people. That we’re not dumb like you think we are, we’re not dirty like you think we are. That became the cross I had to bear. I had to hoist that thing up on my back and carry it with little or no emotion. For five years, grade 8 through 12, that’s the cross I was carrying.

That first day of school, I’ll never forget. My uncle Roy dropped me off about a quarter-mile away from the school. I would have to walk the rest of the way. Getting out of the car that day it hit me: I was alone. Where were the other black students I went to elementary school with? Where were my friends? Where is my best buddy Kenneth? I took an unusually long walk to the high school that day, making the largest loop around downtown until finally coming to the school. But when I got there another realization hit me. I didn’t know what to do or where to go. Unlike the white students who got their schedules months before school started, the black students were given nothing, somebody just found us and said “Oh you need to go there.” I didn’t even know what door to go in.

Finally I found an open side door which I slipped in and made my way down the hall where I first encountered a daunting group of boy’s who, on spotting me, shouted out, “I smell a gar, I smell a gar!” In my innocence, I thought they had picked up the smell of my Uncle Roy’s cigar and I was horrified. All I could think was, “Oh no, I smell like cigar smoke and it’s on my clothes, I can’t get that cigar smell off me, that’s what they’re smelling.” They kept howling, “I smell a gar, I smell a gar.” “What a Ci-Gar?” one of the boys asked, “No, a, Ni….gar!” another replied bringing the joke to it’s triumphant end amid cheers and laughter. That was the first time I can ever recall hearing that word. And how did I handle that? I said under my breath. “Oh thank God, they don’t smell uncle Roy’s cigar”. I was so thankful they didn’t smell that smelly cigar smoke. I knew they were talking about me, but that word had no significant impact on me.

I soon came to find out, that I would be segregated in another way. That first year I had no classes with other black students, and my lunch period was different from theirs as well. I was in a totally different place, and that first year I had to face my hardships alone. I felt invisible and I wanted to be invisible. No white students ever once spoke to me, unless it was to bark in my face, “What are you looking at!” or to harass me with the N-word.

Whereas in my last year at my all black elementary school, I was learning algebra, at my new school I was treated completely ignorant and was put back in classes being taught how to add and subtract with some of the dumbest people you ever want to meet. Eventually the gym teacher (who taught the remedial students math) told someone that I didn’t belong there, and I was moved up to a more appropriate level. I had an English teacher who had me get up in front of the class and speak so the white students could hear the difference between the way black and white people talk. And when white students would throw our books out the third story windows, we had to go get them. The white students were never, at least not in public, reprimanded for any mistreatment or abuse of black students.

When Richard walked right through me in the hallway, knocking me flat on my back and cracking my head against the floor, nobody helped me up or said anything. I got turned away by the principals secretary with: “He doesn’t have time to see every student, he’s busy.” But it was the lunch period that was the worst part of the day. I hated it when they served peas. The boys would spit them through their straws at me. Every day I sat invisible and ate my lunch across from a girl who would try to find my shins and kick the hell out of me, to the point I would have bruises. I was too afraid to do anything about it. I didn’t want to start a fight surrounded by white people. If I did that, I knew I’d be dead.

Walking home always included outrunning and maneuvering Richard Meeks who would chase the black kids with his car. I’m convinced to this day if we had not run he would have hit us, and it would have somehow been our fault. And then when the school bus passed full of white students, they would throw all their nickels at us from the bus windows.

Under the weight of my father’s honor, and the weight of the discrimination facing all black people, I had to keep moving forward through school instead of retreating like I wanted to back to the all black high school. That was my cross to bear and I chose to bear it. That pain I endured helped bring about integration of schools. I know there are still prejudices and injustices in this world. There are still crosses to bear and people are saying, like I did to my father, “Ok, I’ll do it.”