The Anger is Mine | 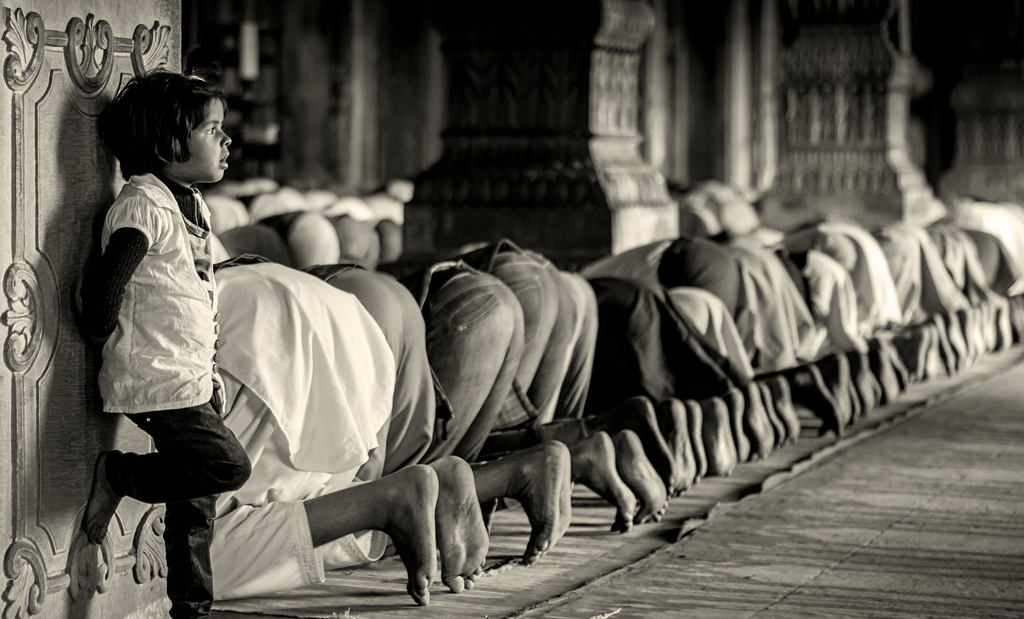 I didn’t start out hating Islam. I grew into it. It was an anger that lived and fed off of itself throughout my life. As my life unfolded, my anger flourished and dominated my life.

Anger got me an early discharge from the Marines. Anger garnered me a diagnoses of PTSD that ended my military career. Anger led me to a failed attempt at professional fighting. Anger fueled many confrontations and ended a career as guard at a local prison. Anger was three wives and lots of trouble with the law. Anger was the seed of my hatred.

As anger evolved into hatred it became as vital an organ as my heart. I was afraid to let it go for fear it was the only thing keeping me alive. It is what got me up in the morning.

Hatred dictated my every thought. Anger slowly eroded every other emotion until hatred was all I had left.

Hatred led me to a 55 gallon drum half filled with gas, half filled with oil, and two burner phones for detonation. I had it all planned out. I was going to place it behind the back stairs of the Islamic Center and set it off on a Friday during the Jumu’ah when the place would be full. I would be parked across the street watching it all happen.

Nobody knew anything about my plans. This was going to be my statement and my statement only. I knew I would be caught and that did not bother me. The bombing just seemed that easy to do. I had learned a long time ago that it is easier to take a life when you have no feelings for that person except anger and hatred.

The news probably would have blamed PTSD for my actions. However, those who know, PTSD is triggered. PTSD is usually a spontaneous reaction. Bombing the center was not just a thought on Monday and put into action on Friday. It was a plan that I had been working on for several months. I put a lot of thought into it because I wanted to do it right.

So, what stopped me?

My daughter was in grade school. She came home one day and told me about a schoolmate of hers whose mother came to pick him up. She was wearing a burka and hijab. I went off. I did not want my daughter around “those people.” She just looked at me like I was crazy. She could not understand why I was so upset. And the light bulb went off.

Hey, listen, you are screwing this girl’s life up. This is how prejudice gets passed on.

It was a moment of lucidity that I had not experienced before. But I had no idea what to do next.

Like most Americans, everything I knew about Islam was based on the news, TV, and the military. And then I did something I never thought I would do.

On a Friday, I walked into the Islamic Center and asked them to teach me what they think and feel Islam is. I was given some brochures and sat in the back reading them. Still in the grips of hatred, my first impression was that these brochures were nothing but propaganda.

I did not want to believe what I was reading. I wanted it to be lies. I wanted to see that these people condoned murder and torture. I needed to see the uncaring of humanity. At one point in the evening, I realized that all this had nothing to do with racism. It was xenophobia. I was in a room full of Arabs and my only thoughts were of a picture of me on CNN with a sword through my throat. How stupid was that? This is Midwest America. Nothing like that happens here.

But the real change came when I was handed a Quran and told to read it. Open my mind and just read it. That same night, a member sat at my feet professing his love of Islam. Maybe there is something to this was all I could think of. Within a month and a half of planning to blow up the Mosque, I was ready to convert. And I did. This was it, I needed to be a Muslim. It suddenly felt like I could breath. It all made sense to me.

What compels me the most about my journey is all the hatred and anger that had been festering in my body for so long has been replaced by twice as much love.

My life is changed. My family now stands beside me as Muslims and I have made it my life’s work to help change the world I live in. My conversion has propelled me into a life of activism. My future is to teach and try to change hatred and not just for Islam. There is hatred for so much and there is no real reason for such hatred.

Everyone at the Mosque now knows about my plans to bomb the Islamic Center. Muslims in this community feel safe here and the shock of thinking something like that could happen in Muncie was hard to believe. Though it took several months for me to tell them, I wanted them to know what Islam has done for me. I want people to know they can change. No matter how much hatred you have in your soul, you can change. It happened to me.