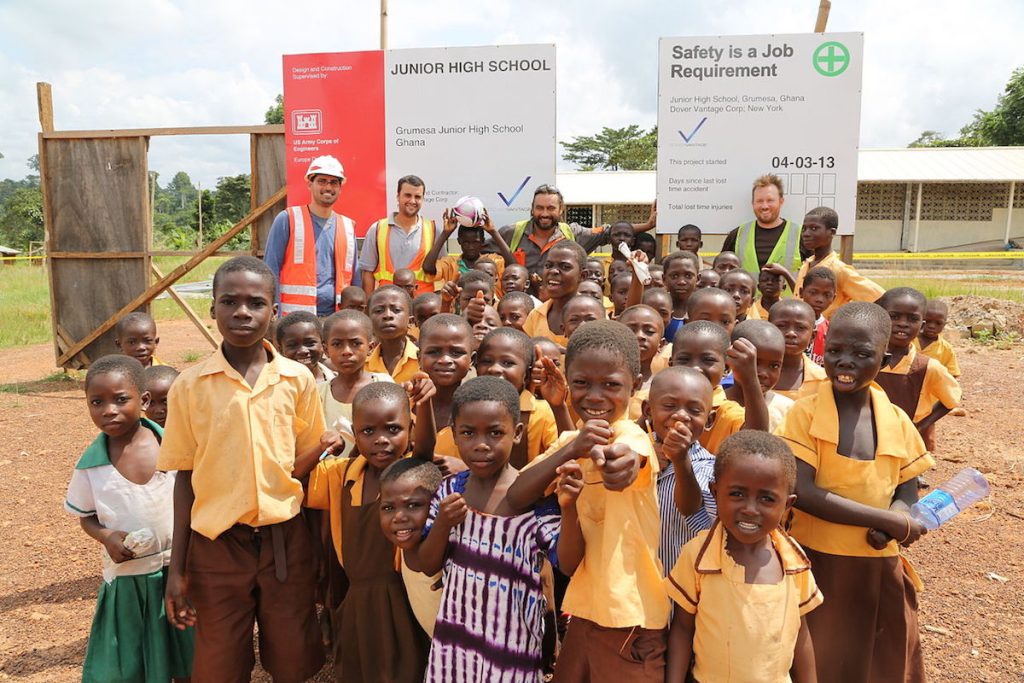 As told to Zack Leonatti

I was a young boy growing up in the city of Tema in southern Ghana close to the capital.  My house was just like any other in Ghana, made of cement block in a large, spacious compound.  Our roofing was made from asbestos sheets, as no one knew the dangers of it at that time.  So much so, that when the temperature rose it would fall off rooftops and children would play with it.  The other children and I spent most of our time outside playing throughout the compound in the vast open areas when we weren’t working or going to school.  My grandfather , my dad’s father  was a king who valued education and ensured that all his children went to school. My father worked for the Ghana Broadcasting Corporation, and my mother worked with a company that manufactured electronics and also took care of our home.  She used to gather pieces of brown packing paper from wherever she could find it and sew it together so that my brother, sister, and I had something to write on at home.  Her dedication to our learning and development made us realize the value that our education possessed.  My family was always a big driving force in my pursuit of higher education.  They knew and had seen first-hand the link between a lack of education and poverty.  They stressed so strongly the opportunities and doors that my education would open for me.  It was a lesson passed down from my grandfather.

However, he was so motivated to make it work that he would wake up before sunrise every day to finish his chores in time to make it to classes.

My grandfather became an orphan at a young age, and was forced to live with his uncle and his uncle’s wife.  They forced him to work with their livestock for long hours every day leaving him little to no time for school.  However, he was so motivated to make it work that he would wake up before sunrise every day to finish his chores in time to make it to classes.  In fourth grade, the wife threatened him and forced him to stop going to class effectively ending his education.  He proceeded to run away from home and took odd jobs doing whatever was needed to make money and survive.  Eventually, by a stroke of good fortune, he crossed paths with a couple of European extensions officers who were working with farmers and taught him the modern method of cultivating cocoa. Through dedication, hard work, and attention to detail, he became a very rich farmer and made a promise to himself that no child who was a family member or friend of his would ever miss out on an education for as long as he lived.  This led to my mother becoming the first woman in our area to ever go to school.  All of these ideals and values were passed down to me through my parents and still live with me today.

My family’s passion for education and the pursuit of knowledge rooted so deeply in me played a crucial role in the development of my passion for education and pursuit of knowledge.  This was probably a large part of why I decided to use what I had learned to become a teacher.  My school growing up had about 20 students per class initially, but grew fast eventually leading to the initiation of the “shift system.”  This meant some students came in the morning and the rest in the afternoon.  While I was in primary school, I used to organize and teach the other kids in my class.  It gave me an indescribable sense of fulfillment seeing the moment where they realized they had learned what I was teaching them.  I had never experienced that feeling before, and all I wanted was to continue to help people learn.  It drove me to keep going to school so that I could become somebody in a position to help others.  However, my school and education was not always easily accessible.  It took serious dedication and, between the heat and the field of power lines we would have to walk through, some potentially serious risks to get to and from school.  My brother, sister, and I had to rely on transportation either by someone’s truck or, on occasion, by a truck belonging to the Broadcasting Corporation.  There were many times we had to walk to or from school.  On those days, we were late, as it was impossible to be on time while walking.  It was about a 10 kilometer walk to school, most of the time the heat was smoldering, and we never carried water.  Hitchhiking was an option, but most cars did not have room for three children.  However, even after all this work; there were not any schools other than the University of Ghana so acceptance was ultra-competitive.  During secondary school, all students took a test to determine admittance to the University level.

After years of hard work and perseverance I did very well on my exam and was named as my class valedictorian, so it came as no surprise to my family when I pursued my education at the University level.  I attended the University of Ghana where I received my degree in agricultural sciences, then traveled to the United Kingdom to pursue my master’s degree.  Upon completion of the master’s program, I began to work for a joint venture project between The World Bank, Ghana, and Denmark.  It was a multifaceted project with a focus on environmental protection.  Ghana is a country with multiple climate zones ranging from desert in the north to tropical forests in the south.  Deforestation and land degradation was a growing problem due to population growth, poor land management and the scarcity of fertile land, resulting in farmers being unable to go through the full crop rotation process.  My job was to conduct socio-economic studies in the project communities, and develop training programs to teach the extension officers and cooperation farmers how to prevent deforestation and land degradation. I organized several study tours to Tanzania, Kenya and Benin to study the land preservation and farming techniques and find solutions. I once visited a Tanzanian village by Mount Kilimanjaro and saw cabbage that was so big I couldn’t even hold it in arms. Fertile soil and  good land management practices were the key. We would bring farmers and extension officers from Ghana on tours to help show them new, efficient processes for them to implement back on in Ghana. I loved my job and loved traveling, but was always glad to return home to Ghana.

One day while working on a project at work, a lifelong friend called to ask if I could give her a ride home since her car had broken down. Little did I know she would be bringing her niece who I had known almost my whole life.  We had been friends and spent time together on multiple occasions, but something felt different this time.  We started talking about our work and schooling, and after a while I asked her on a date and she said yes.  We began dating, but I was travelling a lot for work so it was tough.  Eventually I stopped travelling so much for work, things got much more serious, and I asked her to marry me.   It started as a small wedding with close family and friends but eventually grew and grew until the guest list hit capacity.  It was a beautiful ceremony and one of the best days of my life.  After we got married, we decided to move to the United States to pursue higher education.  We moved to Athens, Ohio where I decided to seek a doctorate degree from Ohio University and my wife got her degree in nursing.  She was a secondary school science teacher in Ghana, but like me was pursuing her true passion in America.  I’m not a fan of big cities, so Athens was the perfect environment for me to maximize my opportunity.  After receiving my doctorate I began teaching at the University and loved it.  My wife would eventually pursue and get her graduate degree and is now a Nurse Practitioner.  I was a professor for years at Ohio University when an opportunity arose at Ohio Northern University.  It was similar in so many ways to OU in that it was a small town with a family-like feeling throughout the surrounding community.  There is also a strong international presence on campus, with students representing over 25 countries.  It reminded me of a miniature United Nations in a way.  I felt that it would be a fantastic environment for me to raise my children and live with my family, so we made the move.  We now have 2 children, and Ada is everything we thought it would be and more.

My passion for teaching has only grown since arriving at ONU.  I have been teaching here for four years now, have taught hundreds of students, and I feel fulfilled every day doing what I do helping young people achieve their academic goals just as I achieved mine.  Throughout my life I have learned and experienced a great deal.  My greatest lesson learned is one of perseverance, passed down by my grandfather, and I believe that the greatest contribution I can give back to my students is to embody the values and lessons that my parents instilled in me. 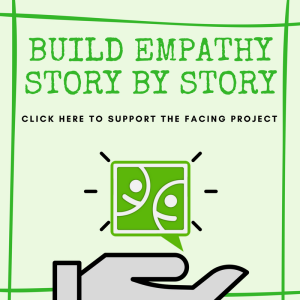