Treasure in the River 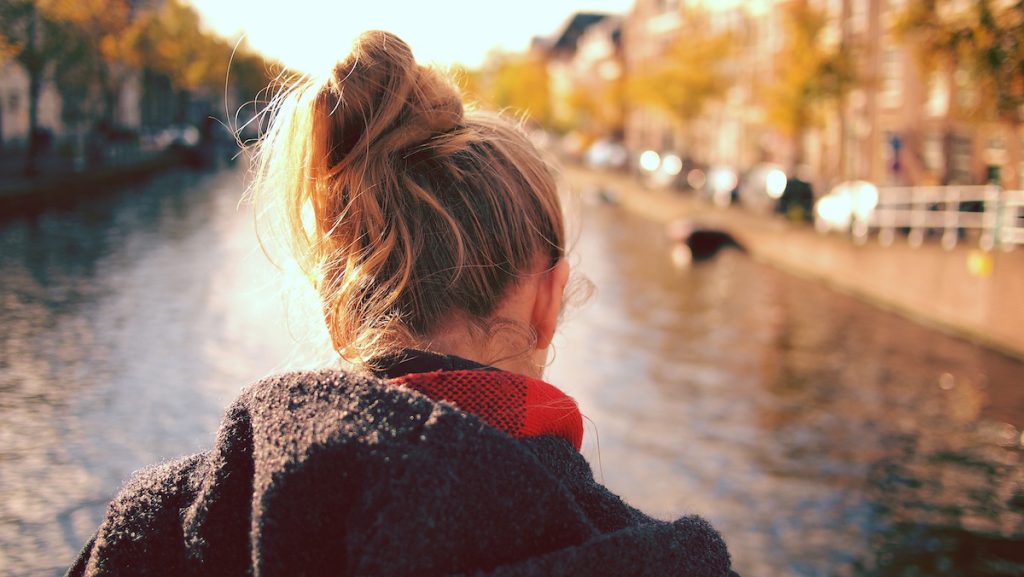 Growing up, I believed in a few basic principles: that books are portals to other, more fantastical realities and that trees were meant for climbing. These tenants were flipped upside down when my family moved from Arizona to Greeley, Colorado just before my fifth grade year. “There’s no trees!” I exclaimed when my family and I pulled up to our new home. It was true. There were very few trees in the area compared to what I was used to. Who on earth decided to name this community the City of Trees? It was preposterous!

My younger sister and I explored the house and were dismayed when we came across the backyard, which was really a patch of dirt with some scraggly weeds than a real yard. How was I supposed to make this my new home when there were no trees to climb and seemingly no place to discover and adventure in?

I spent my fifth grade year reading books. I had no real friends to speak of, no real sense of home here in this little city. It wasn’t until summer came that I found a sense of peace here in Greeley. During summer, my family and I started a tradition of visiting the South Platte River to play on hot days. It was there that I rediscovered adventure; it was there that I felt at home. It was also there that I formed a new basic principle: That it’s not officially summer until you can go wading in the river.

When the water level was really low, I would be able to swim and explore all the little sandbars and islands that appeared only in the summer. I would catch crawdads or find, not seashells, but some kind of a weird creature in the water that has shells. One time I found a log, and my sister and I were going to ride it. At that moment, I was very inspired by Huck Finn. We rode it down the river a few paces, but the log had been covered in leeches, so we too were covered in leeches! We hurriedly scrambled off the river and away from the log. That was the end of our adventures with rafting.

Another summer, a handful of my friends and I, along with my sister and my mom, went out to the river. I had read these books as a child about Pippi Longstocking, and a particular chapter resonated with me. She and one of her friends would go about wandering their neighborhood, wherever it was, and finding things—a coral necklace, or an old tin can, or a journal. So I too loved looking for things, especially at the river. I once found half a very muddy tube of lipstick. I also found a lot of jagged broken glass or beer can lids, mostly just litter that had been left behind by the people who visited there before me. This particular summer was different though. This time, I found treasure.

I noticed something sticking out of the mud—a round object covered in a layer of filth. I went over to investigate and painstakingly dug the article out of the dirt.

My friends and I were exploring the river, splashing in the water, and just enjoying the relative freedom that comes with summer. As I was wandering the river, I noticed something sticking out of the mud—a round object covered in a layer of filth. I went over to investigate and painstakingly dug the article out of the dirt, being careful not to break it as I dislodged it from its mud cage. The object was about the size of a cantaloupe and very, very dirty. Holding it gingerly, I took it over to the river and cleaned the mud away, revealing a small dinner plate. It was made of very fine quality, not quite a fancy china but more similar to a sturdy ceramic. The plate was thicker in the middle and tapered out to the edges, where it was thin and delicate. It was amazing that it hadn’t been broken. The ceramic was pristine white and around the perimeter there was a sky-blue border. Also on the edge was an ornate golden design, not exactly like scrollwork or filigree but intricate nonetheless. It was lovely, too pretty to be put on the table for everyday use. How did something so beautiful end up here, covered in muck? It remains a mystery that I have yet to solve. At the end of that adventurous summer day, I took my treasure home and displayed it in my room.

To this day, I still have this plate. It rests in one of my dressers, in a drawer buried under a pile of halfway used notepads, sticky notes, and fall leaves that I collected and never finished pressing—things that I just didn’t have the heart to throw away. It’s just a reminder of the crazy little fantastical things that happen. Things like discovering adventure in a place with no trees and finding home in a place that’s so unlike the home you once knew. To me, it was evidence that beauty can be found anywhere, even in filth and mud, so long as you are looking for it.