Stories Unite People from Different Sides of the Aisle: Our Meeting with US Senator Mitch McConnell 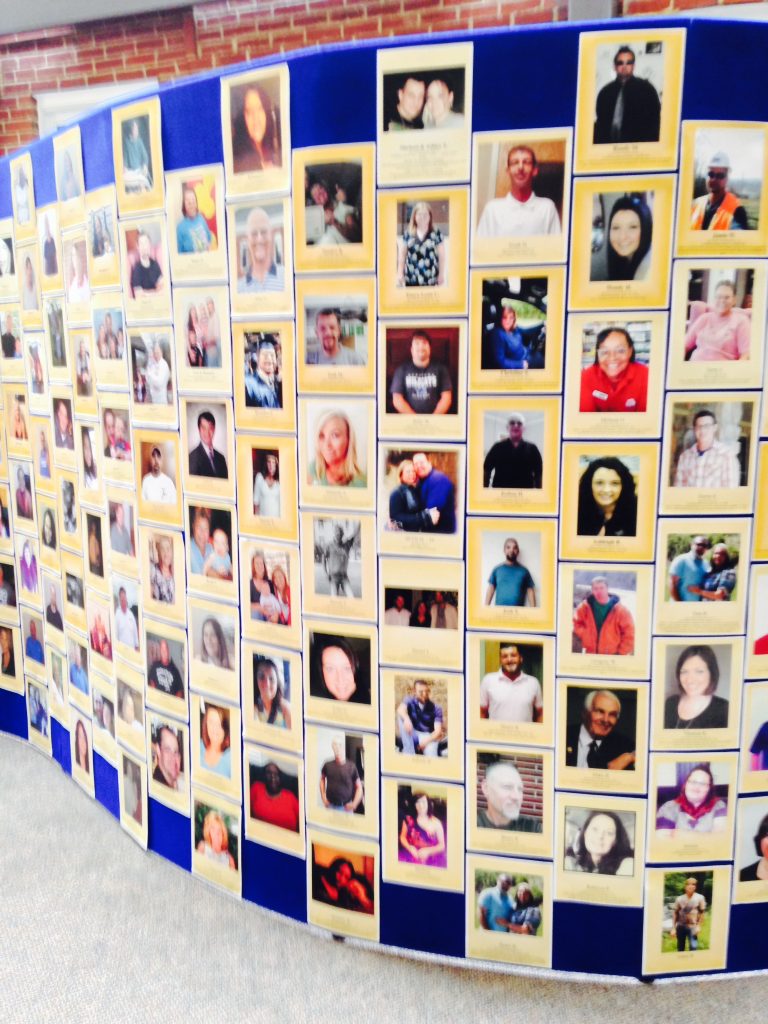 Ten feet from the fifth most powerful man in the country.

As I awaited his entrance, my hands began to shake; pulse heightened—shortness of breath. And, suddenly, there he was—gliding through the doorway and onto the makeshift stage. Three men in black slightly behind his last step.

Not as tall as I had imagined.

We stood in ovation, my shaken hands nervously off beat as a gentle reminder that not only was I in the presence of a man who I have seen displayed on my Facebook newsfeed, regularly in the news, and each time a State of the Union is broadcast on TV, but a man I will—in a mere 10 or 20 minutes—have to talk in front of and sound like I know what in the hell I’m talking about.

Within moments, the President of Union College, Dr. Marcia Hawkins, took the mic and welcomed the crowd.

“Our partnership with The Facing Project has helped make this book launch a reality. The Facing Project is a nationally recognized platform that helps communities face critical issues by raising awareness and urging a call to action by telling the first-person stories of those who otherwise may not have the voice or means to share their story. We have one of the co-founders of The Facing Project with us today, Mr. J.R. Jamison.”

I stood, waved to the crowd and looked down the panel and received a tight—but bright—smile and head nod from Mitch McConnell. I took it as an approval of our work.

There I was, 10 feet from the fifth most powerful man in the country. How did I get here? Who am I? Is this a dream?

We were all gathered for the celebration of stories housed within Union College’s Facing Project book, Facing Addiction in Knox County, Kentucky: It’s Our Move. Like all other Facing Projects, the stories are meant to celebrate topics that are not always easy to read but critical to put out to the public to use as a vehicle to begin community conversations in a different way—by starting with stories rather than hard statistics.

Senator Mitch McConnell was not the only heavy hitter in the room. He was joined on stage by US Congressman Hal Rogers (R-KY) and Kentucky Senate President Robert Stivers (R-Manchester).

You read that correctly—all Republicans. Not just Republicans, but three of the most conservative Republicans in the country. All at Union College’s Facing Project book launch to celebrate storytelling and have a hard discussion about drug problems and addiction in eastern Kentucky.

Since the book release, I have received some criticism from our fans and even some of my family and friends. Most have said something like, “How could you share the stage with those people?” I was even called a sell out by one person.

I admit, my political beliefs are on the other side of the aisle—or in a completely different room—than them, and Mitch McConnell has been a man I have disagreed with on pretty much every single issue. But we weren’t there to talk about our differences and disagreements. That wasn’t the platform. We were there to discuss stories and how the stories within Facing Addiction in Knox County, Kentucky: It’s Our Move will help families, counselors, youth, those struggling with addiction, and, yes, politicians, better understand the lives of those who face addiction each day.

And if storytelling can unite people on different sides of the aisle to have a civil discussion about addiction, then the model of The Facing Project has done its job.

“This @FacingProject book will bring hope to residents of Knox County & those facing addiction.”

In addition to his public support for what happened in the room that day, donations for the book will help send middle school students to a program he founded, Camp UNITE–a four-day experience designed to promote drug free education and awareness. Now that, my friends, I can stand behind.

As I took the stage to give the closing remarks for the event, my voice quivered for but a moment as I led into a charge I borrowed from our friends from Atlanta’s Facing Project, “Now that you know, how can you say you don’t know? And what are you going to do about it?”

What are you doing about any issue in your community? How are you involved in conversations to make an impact?

While it’s inevitable we won’t always agree, let’s start with stories because maybe, just maybe, we’d all understand each other a little more.