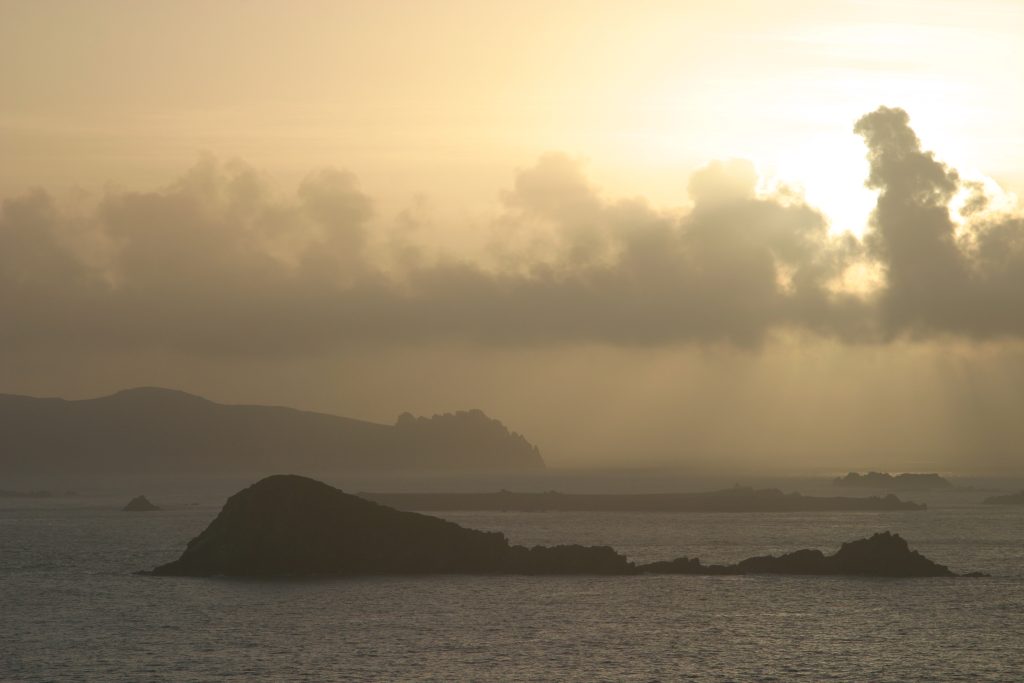 In 2010 I traveled to Ireland to research suicides. The gap between the loveliness of the people and grimness of my topic was wider than the Atlantic. I had the world’s worst response to: “Welcome to Ireland! What brings you here?”

I’ve carried a lot of stories over the past twelve years I’ve been writing, but few have been as heavy as those stories from Ireland. They have been even heavier because the book never came into existence, and I’m not sure where you publish such stories. So for the first time, I’m sharing them on the blog of the Facing Project. Below is the 2nd part. You can read the first here.

Sean, a volunteer at Samaritans comes in and shuts the door. He has a story too.

Sean worked as a firefighter at the airport. At any moment he could throw me over his shoulder and carry me to safety if need be. Watching him cry is like what I imagine it would be like watching my father cry. There’s something unnatural about it. He’s a man’s man with a strong brow and eyebrows like awnings.

Sean and his wife Abby had welcomed five boys and two girls into the world. Jake was their second oldest. He had been living on his own for a while. As they say in Ireland, the drink didn’t sit well with him.

Peter, one of their other sons, arrived home shortly after they had received the phone call and reported a big commotion by the River Shannon. Someone had jumped in.

Sean breaks down again. “It’s nine years and it’s still tough.” The pauses are longer than with Rose and Michael. With them, when one couldn’t speak the other stepped in. But Sean sits there alone.

The search and rescue team found a jacket. It was Jake’s.

That night the hydroelectric power station was releasing water, which carried anything or anyone in the water out of Limerick toward the Atlantic very fast. It also made it tough for searchers.

The search continued for three-and-a-half weeks, multiple counties were involved and hundreds of volunteers.

Sean was out there every day looking for something he never wanted to find.

“A body in a river floats up after twenty-one days. Then it floats to the bank. The wind pushes it.”

Finally a man in his eighties found Jake’s body fifty miles downriver. Limerick and the Shannon River have seen their share of jumpers, but none had ever been found that far away.

“If you went any further, you’d be in America,” Sean says.

“We had seven in my family. When Jake died there were six left. The youngest was Phillip. He was only eleven. And it’s so hard when they are going through that. You just don’t know what they are thinking.”

For a moment I think that he’s done. He’s said all that he has to say. His breathing changes. It comes in short bursts. Silence becomes sobs. “But…um…they got through…and…um…that wasn’t the end of it…my wife…”

Sean fiddles with his tea. I think he’s going to say that his wife left him.

“And then Abby committed suicide. She went missing the first of August in exactly the same place. Same situation.”

Abby had a problem with alcohol in the past. She hadn’t had a drink in three years.

“It was this weekend nine years ago she drank again.” Sean doesn’t even have to calculate or think. He just knows this like it’s one of his kids’ birthdays.

Abby joined Jake in the cemetery. Patrick, a budding artist, designed their headstones.

Sean has been rocked by suicide twice. I ask him if he’s afraid that it could hit his family again.

“I still have two lads living at home that aren’t working,” Sean says. He doesn’t think they’re in that sort of trouble, but many young people in their position are. A study conducted in Northern Ireland by the Prince’s Trust found that one in three unemployed people between sixteen and twenty-four had considered suicide.

But, by now, he’s used to worrying about his kids alone. Less than three years after Abby’s death, Sean’s youngest daughter got pregnant.

“She was nineteen. It was a little bit of a shock,” Sean laughs as he describes some of the challenges he faced as a single dad, none greater than facing the prospect of becoming a grandfather. “Thankfully I was strong enough to say ‘I’m here for you.’ She had a beautiful little girl…”

At this point, Sean, who had spent the past hour describing to me the deaths and the searches for his wife and son, with the occasional breakdown, turns into a blubbery mess, a melting man. I worry that something happened to the baby or his daughter; that the tragedies continued. But these tears are different. “Her name is Chloe…I love her so much.” His vocal cords tighten and his voice rises to a pitch that doesn’t seem possible. They are tears of joy.

“It’s amazing what she’s done. She has absolutely changed everything. She’s so special. Everyone in my family will tell you that she made the difference…made our lives so happy. She treats each one of us like we are so special to her.”

I set up these interviews knowing that the suicides we would be discussing could not be labeled “another financial.” But the topic can’t be ignored. Rose and Michael see the effects in their support groups. Sean hears it when he picks up the phone as a Samaritans volunteer.

As our conversation winds down, Sean says something about the financial crisis that I’ve heard before, something people tell each other and themselves to feel better, something that I’ve told people. But coming from Sean, a man who has spent over a hundred days in a boat searching for the bodies of his wife and son, it carries more meaning.

“I think it’s good the financial crisis happened. Reality had gone out the window. I’ve lost money. I don’t care. I can live without it. Today in America and Ireland and all around the world, people are suffering because of the downturn in the economy. It hasn’t affected me one bit.”

Rose stops to smell the flowers and so does Sean. “I’ve been to places in the last year I had never seen and they are within driving distance. I just zoomed past before without saying, ‘What’s inside there?’ These are beautiful places I never looked at. Now we look at them.”

“Life is there to live,” Sean says. “And to really live it.”

I hadn’t been looking forward to the day’s interviews. I expected them to go to the darkest depths of despair, and they did. But what I didn’t expect was the light that shone through.