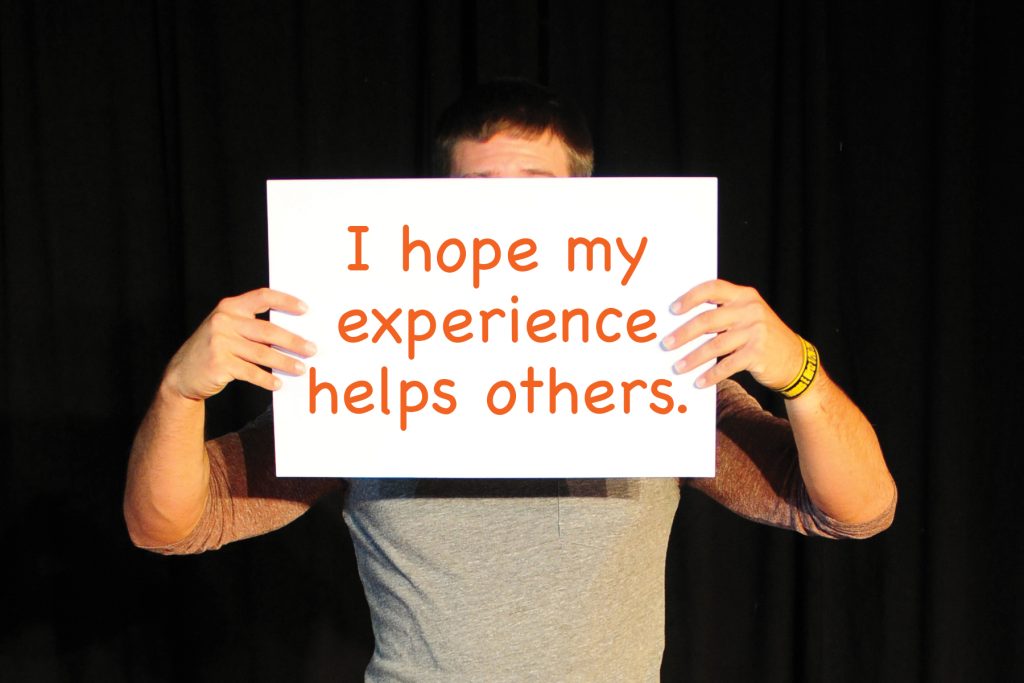 A pharmacist has changed how she operates behind the counter. A teen broke the cycle and finds peace through her poetry. A man lost everything important to him but rebuilt his life through God.

Eleven stories of survival, hope, and rebirth are showcased in the book, “Facing Addiction in Knox County, Kentucky: It’s Our Move”—a Facing Project taken on by Union College in Barbourville, Kentucky. And this Saturday, April 12th, their book will be featured on Writer’s Row at the Union College Redbud Festival of Appalachian Culture. This fall will be the official book release, coordinated with the Union College Theatre for a production of the stories.

In honor of their stories being displayed on Writer’s Row this weekend, our feature of the week comes from their book—“I’m Empowered | Edward’s Story,” as told to writer Missy Reid.

Edward shares his rise to fame as a football star and a hustler—often protected by his layers of people—only to hit rock bottom to find no one was left to shelter his fall. Through some tough decisions, faith, and a new support network of people looking out for his best interest, Edward has become a college graduate and mentor to youth. And he shares his story of addiction and perseverance every chance he gets.

But you see this tattoo? Not this one covering track marks, but this one. ‘No Regrets.’ I really don’t have any. My mistakes define the person I am: the same person who survived three ODs to sit here now, clean, to tell you about it and to help others avoid a similar path.

You can read Edward’s full story here, and if you happen to be in Eastern Kentucky this weekend be sure to stop by the Union College Redbud Festival of Appalachian Culture.