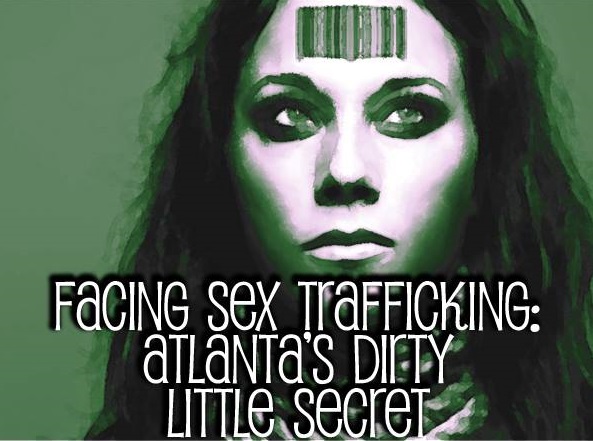 Last summer we got a call from Daisha Wilber, a freelance film journalist from Atlanta (and might I add, an old friend from high school), who had an interest in using The Facing Project platform to share the stories of those who had been subjected to sex trafficking in the Atlanta area. After just 30-minutes on the phone with Daisha, I was shocked at the statistics she was throwing out.

For instance, Atlanta is one of 14 cities in the world with the highest rate of sex trafficking. According to the Polaris Project, it’s estimated that in the greater Atlanta area 300-500 teens each month are bought and sold into trafficking rings ranging from $100,000 to $300,000 per boy or girl. Traffickers often target runaways or develop schemes—such as fake modeling businesses—to lure teens away from their friends and families and into a world of slavery.

I couldn’t believe what I was hearing. I naively thought sex and human trafficking only happened in far off lands. I didn’t think it was in the US. But Daisha assured me that sex trafficking is indeed a problem in Atlanta and an issue in all 50 states.

After the phone call, we decided it was important for Atlanta to become a pilot city for The Facing Project.

Over the last year, Daisha has paired up with another freelance filmographer, Audrey Galax, and the founder of the Change Rocks Foundation, Yewande Austin, to put together “Facing Sex Trafficking: Atlanta’s Dirty Little Secret.” Together they have worked with a team of writers and artists to raise awareness about the statistics and bring to life the stories of victims and those who work to end trafficking. And on March 6th at 7:00 p.m., “Facing Sex Trafficking: Atlanta’s Dirty Little Secret” will debut to a crowd of up to 400 at UUC of Atlanta. If you plan to be in the Atlanta area, mark your calendars.

Just last month the trio appeared on the C. Nathaniel Brown Show and they were joined by one of the artist on the project, Kodisha SoulScribe Taylor. You can listen to the full podcast below, but if you tune into 33:05 you’ll hear SoulScribe perform the story “Soul to Sell.” This is just one example of the moving stories that will be shared on the 6th.

We are so excited to see this project come to fruition and the impact it will have beyond the stories. Great work, ladies!