The art of the non-interview 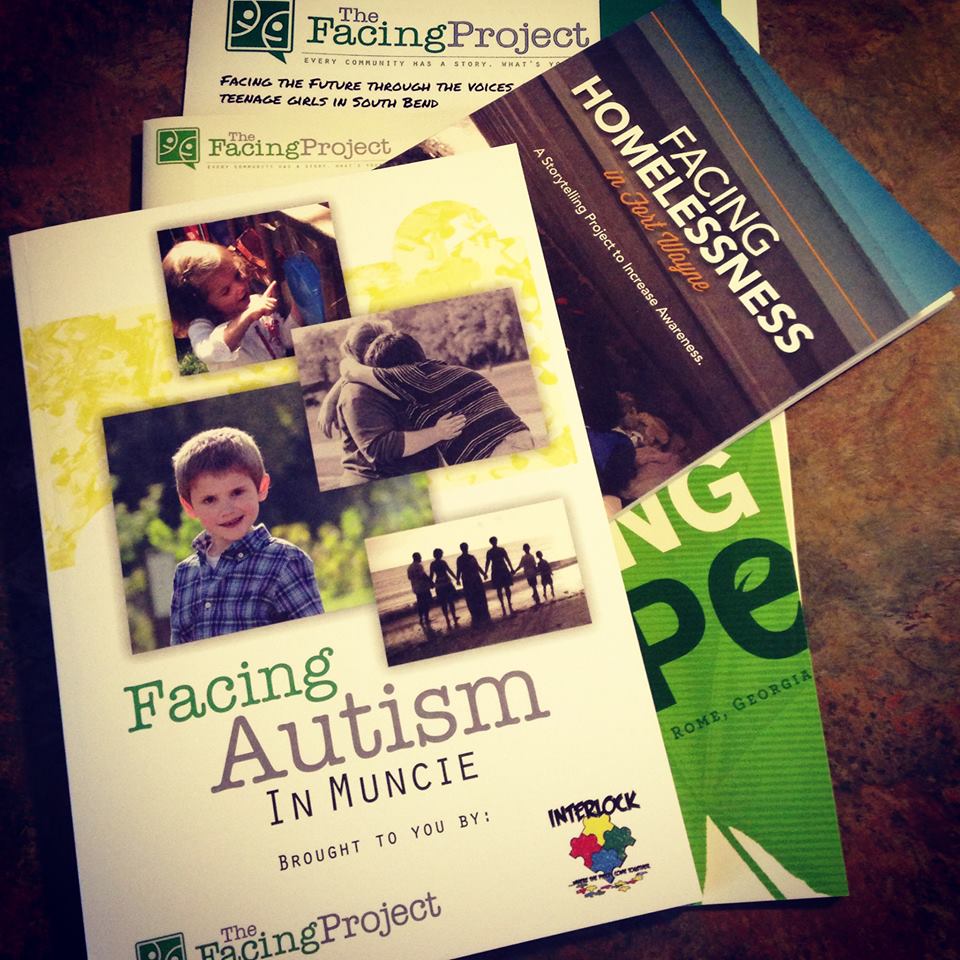 I’ve been collecting and sharing stories now for a decade from all over the world and have learned a few things along the way. Whether writing a book or writing a Facing Project story, these are the tools and methods I use to move beyond an interview to have a genuine human interaction, or, as I like to call it… a non-interview.

I was an anthropology major and never had the first class in journalism. What I may have lacked in journalistic techniques I think I’ve made up for in curiosity. That’s the most important part of capturing someone’s story–a genuine interest in them and what they have to say.

The most important thing I do is to engage my subject in a genuine conversation with give and take and ebb and flow. There is no way that you can run down a list of prepared questions in a notebook and get to the heart of someone’s story.

I’m not a big proponent of preparing pages of questions for an interview. When I do, I usually ignore them. Good interviewers don’t prepare questions, they prepare themselves to be in the moment and engaged with the subject and topic at hand.

My favorite NPR host, Tom Ashbrook, doesn’t prepare questions either. Here’s what he said in a recent interview in Boston Magazine:

“I’m a big fan of mindfulness. I want to be so engaged with the issue that the questions are just brimming, and so aware of what people want to learn that the arc of the show creates itself in real time.”

The Tools of the Non-interview

I know, they look an awfully lot like tools for an interview, don’t they? Your job is to make your subject forget about them.

My stories are usually people focused so I typically conduct multiple interviews with the characters lasting 15-90 minutes long. Quotes are really important to me. I’ve been misquoted many times and I hate it. Turns out that there’s these amazing things that actually capture word-for-word what people say called recorders. I use my iPhone and the SuperNote app app (free).

I turn on SuperNote and tuck it under my Moleskine. Soon the interviewee forgets about it or at least that’s the hope. I write some quotes in my notebook, but  mostly write descriptions of the scene and of the person. What’s happening in the background that might be relevant to the story. For instance the other day I visited a family’s farm. How the person interacted with the environment was every bit as important as what they said. Since what they said was being captured by the audio, pen and paper is the only way they stood and gestured and held their baby.

Since Facing Project stories are written in the first person, it’s not always possible to include all of this description and characterization, but you need it so you can put yourself in the storyteller’s shoes.  When you write your Facing Project story, you need to be able to hear them say what you write. You need to have a mental image of them sitting in their house saying it.

This is important. I’ve been interviewed and people stopped me to write. The goal with any interview is to have a conversation and there’s no better way to have a conversation fall back into an interview if you stop the person to scribble something. My moleskine is filled with one word notes: “helicopter” to denote a helicopter flew over, or “yells at dog.” The notes aren’t worth much in a few days so it’s important that I sit down with my moleskine at least every day or two to write out the notes and the scene while I remember what happened. I write out the notes on my Asus netbook and save them in Dropbox.

I also take photos of the setting. My eye doesn’t always catch everything so a few quick photos often helps me describe the scene and the interviewee in more detail. I save these to drop box as well, along with my notes and audio files.

An interview will only give you part of the story. It’s important to see your subject move through their world or put them in a situation — like playing a sport or visiting a market or walking in a field — that allows their character to shine through.

Put your notebook away

Interviews are important, but they aren’t everything. The best material always seems to happen when the notebook is away and the recorder is off. When I’m in these situations I try to hang on to a few telling quotes and remember the events until I find my notebook to scribble them down.

A notebook and a recorder can get in the way between you and the heart of the person you are writing about. Relax and carry on a conversation.

Warming up your subject with a little Aerobie never hurts either! 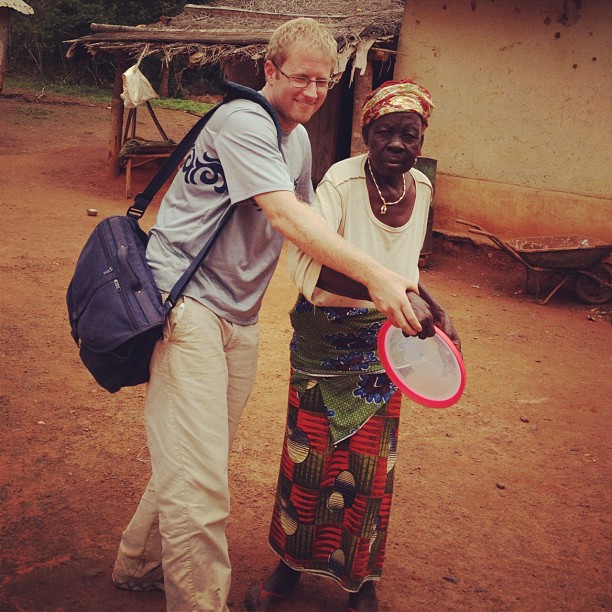 If you’re doing a Facing Project or would like to start one, let’s talk

Enough Facing Projects have been completed by now that we have an idea of what kind of writing approach works and what doesn’t.  From this point forward, any community that signs on to a Facing Project will receive a 30-45 minute writing consultation with me.  This is an opportunity for writers and project organizers to ask me questions, and for me to share examples of some of our best Facing Project stories.

Previous Post
Featured story of the week: A giver learns to receive
Next Post
Finding Hope through Open Doors