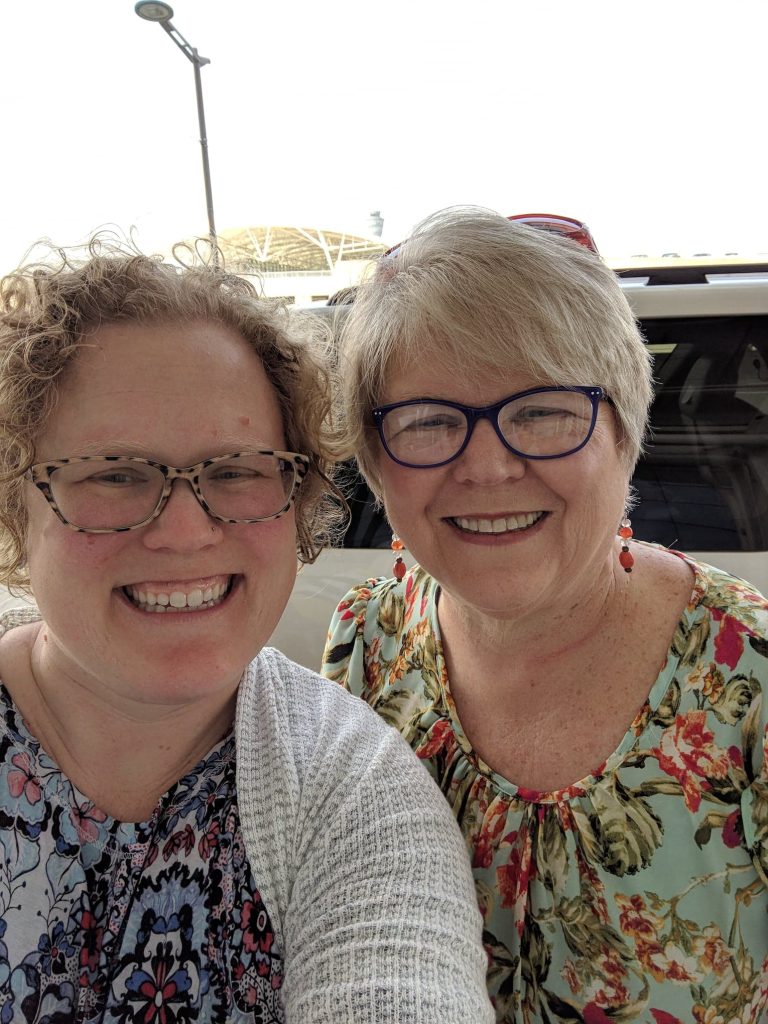 This summer, I went on a dream trip to France: sleeping in an ancient house next to a 16th Century castle, hiking with a donkey in the hills of the Ardeche, canoeing down the Dordogne river with four of my ten grandkids, tasting wine throughout the Cotes du Rhone region, and watching the Tour de France’s peloton fly past me in the mountains. There are so many things that I love about France: the landscapes, the friendly people, the historical castles, and even the spirit embodied by the French motto that translates to “liberty, equality, and fraternity.” The food! The wine! The farms! Oh, and the cyclists with their fantastic legs. (And butts. Someone explain to me why more women don’t follow the Tour de France!)

But more than 15 years ago, my first trip to France was not wonderful. It was awful. My then-husband Ray and I traveled as part of a group tour, where all of our decisions were made for us. They told us what to do, where to go, and how to get there, leaving me feeling restricted and stifled. I spoke no French, not even a little bit. My strict church background meant that I had never had wine before, so I felt unfamiliar with it and guilty about partaking in the wine tour portion of the trip. Worst of all, there was something seriously wrong with Ray. The whole trip was tense and uncomfortable, and Ray insisted on keeping to himself the whole time. He didn’t want anyone to know anything about him, not even his last name or his career as a Christian musician. All I knew was that something was very wrong with him, but I didn’t know what it was.

Back home, after the trip, I had to lie and say that our week in France had been great, even though everything about the experience was negative.

A few months later we finally had a family intervention that changed everything. It was the day after Christmas in 2004, my grown children and I sat down with Ray and said we needed to understand what was wrong. It was at my oldest daughter’s dinner table that we all learned the truth: my husband was gay. He was very depressed. Years of praying and pleading with God had not changed this core fact about him. Now something had to change, or we would lose him to depression.

What had to change, exactly? Well, everything. Not just my marriage, family, and status in the church and community, but also my whole framework of belief. It was like I had gears in my brain that needed to change, but there was no transmission. The idea of a “gay husband” or a “gay Christian” was incompatible with everything I had always been taught and believed. I tried to make my beliefs match what Ray told me, but I would get to a stopping point where there was no way that I could go on believing like I always had. I wanted to believe that Ray could change and not be gay anymore, the way my church told me people could. But I knew that he couldn’t. I knew he had tried to change for 50 years and had been unsuccessful. I met numerous other people who had tried to change and couldn’t. Even my best friend of 30 years, Kassie, had not been able to change from lesbian to straight. Ultimately, I chose to believe my husband and my friends.

But I wanted to keep the life that I had. I wanted Ray to be able to change. And that’s how I came to change instead.

I did lose friends. I was judged by people in my church and community. Because Ray was well known in his career, I was, too. As people eventually learned what he had buried for so long, they wanted me to fall in line with what they assumed to be true, which was that if he believed hard enough, prayed hard enough, quoted enough scripture, and had faith that was full enough, he could “change back” to straight, and everything would go back to the way it was.

But truth is much stronger than belief.

When Ray came out, everything I had believed until then gave me only a few choices. Those choices were:

That’s it. Those were my choices.

But I decided that none of these options were right for me. I knew too many people who had tried these options and were dissatisfied by the results. Many, like me, had been compelled by their churches to choose one of them. I was not going to listen.

This is what I chose instead:

If I hadn’t made my own way, I know what would have happened: I would have re-lived that horrible trip to France over and over again, in many different settings. I would have always felt that unease, sense of inauthenticity, discomfort, and unsettling, vague sense of pain.

Instead: today I live authentically. In France this summer, I did everything I wanted to do. I traveled independently, making all of my own decisions about what I wanted to do. Ray even came for part of the trip to share our family’s experience. There were no secrets this summer as I talked deeply with new friends about important things like politics, relationships, families, and faith. I drank wine with familiarity and expertise—no more guilt or uncertainty! In France, and in my daily life, I do not need to hide anything, because I am not ashamed of the life I onced live or the one I live today.

Carol Brammer Boltz is a Muncie local who graduated from Ball State University with a degree in special education. She raised 4 children and helped run the music business of her then-husband Ray Boltz until his retirement from the industry. More recently, she retired from Community Hospital Anderson, where she was the gift shop manager. She has supported many local causes and served on the Board of Directors of Soulforce International. She has 10 wonderful grandchildren, loves to travel, and is often daydreaming about her next big adventure.

Liz Boltz Ranfeld is a nonfiction writer from Indiana. After finishing her MFA in Creative Nonfiction at the University of New Hampshire, she moved back to Indiana to be an English professor at Anderson University, where she has taught for the past eight years. She teaches Composition, Research Writing, Creative Nonfiction, Teaching Diversity Through Young Adult Literature, and Critical Thinking Seminar, among other courses. Additionally, she writes marketing content for Inbound Back Office. Her creative and academic writing has been published by Salon, Jezebel, Faculty Focus, Relief Journal, Everyday Feminism, Christ and Pop Culture, The Cresset, and The Shriver Report. She lives in Albany with her husband, two kids, and rescue chihuahua.